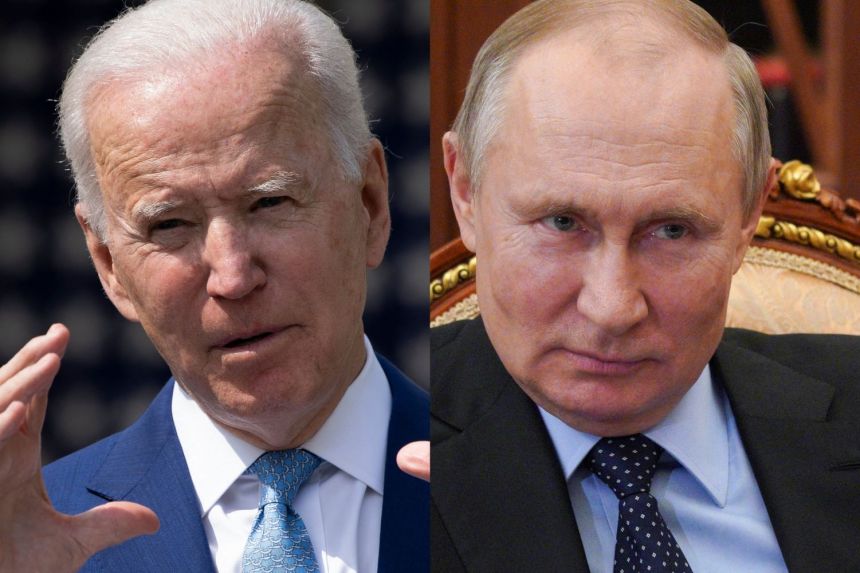 President Joe Biden on Tuesday urged Russian President Vladimir Putin to de-escalate tensions as thousands of Russian troops gather along the Ukrainian border, while proposing a summit in a third country in the near future as relations between Washington and Moscow hit their lowest point in decades.

The White House in a statement said Biden made clear to Putin that the US “will act firmly in defense of its national interests in response to Russia’s actions, such as cyber intrusions and election interference,” while emphasizing the US’ “unwavering commitment to Ukraine’s sovereignty and territorial integrity.”

“The President voiced our concerns over the sudden Russian military build-up in occupied Crimea and on Ukraine’s borders, and called on Russia to de-escalate tensions,” the White House added.

The statement also said Biden reiterated his goal of “building a stable and predictable relationship with Russia that is consistent with US interests,” while calling for a summit in the months ahead to “discuss the full range of issues facing” both countries.

Secretary of State Antony Blinken, who was in Brussels on Tuesday for talks with Ukraine’s foreign minister and NATO leaders, made similar remarks. “The United States stands firmly behind the sovereignty and the territorial integrity of Ukraine,” Blinken said. “And that’s particularly important at a time when we’re seeing unfortunately Russia take very provocative action when it comes to Ukraine.”

The top US diplomat in an interview on NBC’s “Meet the Press” on Sunday warned Russia of “consequences” if it “acts recklessly or aggressively.”

Meanwhile, Russia on Tuesday pushed back against the US warnings and criticism.

“The United States is our adversary and does everything it can to undermine Russia’s position on the world stage,” Russian Deputy Foreign Minister Sergei Ryabkov was quoted as saying by Russian news agencies, Reuters reported.

Ukraine, which has been fighting a war against Kremlin-backed separatists in the Donbas region for the past seven years, says Russia has amassed roughly 80,000 troops in total — 40,000 along the eastern border and 40,000 in Crimea.

The massive build-up of Russian troops along the border with Ukraine and in Crimea, which Putin unilaterally annexed in 2014, has raised alarm across Europe.

NATO Secretary-General Jens Stoltenberg on Tuesday also urged Russia to withdraw its troops from the border.

“NATO stands with Ukraine,” he said. “Russia must end this military buildup in and around Ukraine, stop its provocations and de-escalate immediately.”

Stoltenberg said the military buildup represented “the largest massing of Russian troops since the illegal annexation of Crimea in 2014.”

And German Chancellor Angela Merkel in a phone call with Putin last week demanded the Russian leader reduce the troop presence “in order to de-escalate the situation,” the German government said in a statement, per Reuters.