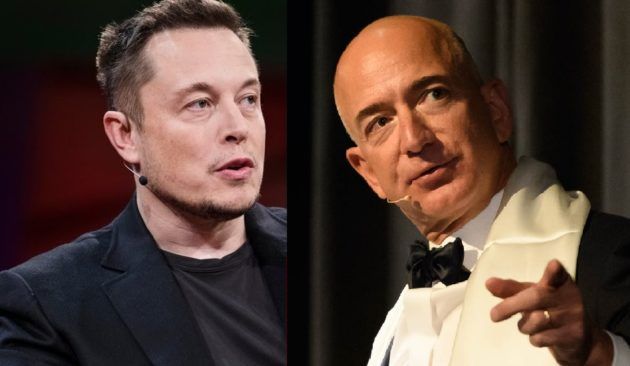 Elon Musk came after Amazon in a tweet on Tuesday, accusing it of trying to “hamstring” his aerospace company, SpaceX.

SpaceX and Amazon both have high-speed internet satellite projects: Starlink for SpaceX, Project Kuiper for Amazon.

SpaceX is currently trying to convince the Federal Communications Commission (FCC) to allow it to bring some of its Starlink satellites to lower altitudes than originally planned. Other companies, including Amazon, have protested the request, saying the move would interfere with their own satellite launches.

On Tuesday, Elon Musk responded. “It does not serve the public to hamstring Starlink today for an Amazon satellite system that is at best several years away from operation,” he said.

“The facts are simple. We designed the Kuiper System to avoid interference with Starlink, and now SpaceX wants to change the design of its system,” an Amazon spokesperson told CNBC.

“Those changes not only create a more dangerous environment for collisions in space, but they also increase radio interference for customers. Despite what SpaceX posts on Twitter, it is SpaceX’s proposed changes that would hamstring competition among satellite systems.

“It is clearly in SpaceX’s interest to smother competition in the cradle if they can, but it is certainly not in the public’s interest,” they added.

SpaceX has launched more than 1,000 satellites to-date, and broke a world record on Sunday by launching 143 satellites on a single rocket. Its internet service has also started to roll out to various parts of the world, most recently the UK.

Project Kuiper has yet to launch any satellites, although it has said it plans to eventually launch a fleet of 3,236. SpaceX’s plans are vaster, as the company is aiming to put a total of 42,000 satellites into orbit.

Elon Musk has a history of getting into spats with Amazon’s CEO Jeff Bezos, and previously mocked Project Kuiper by calling Bezos a “copycat.”