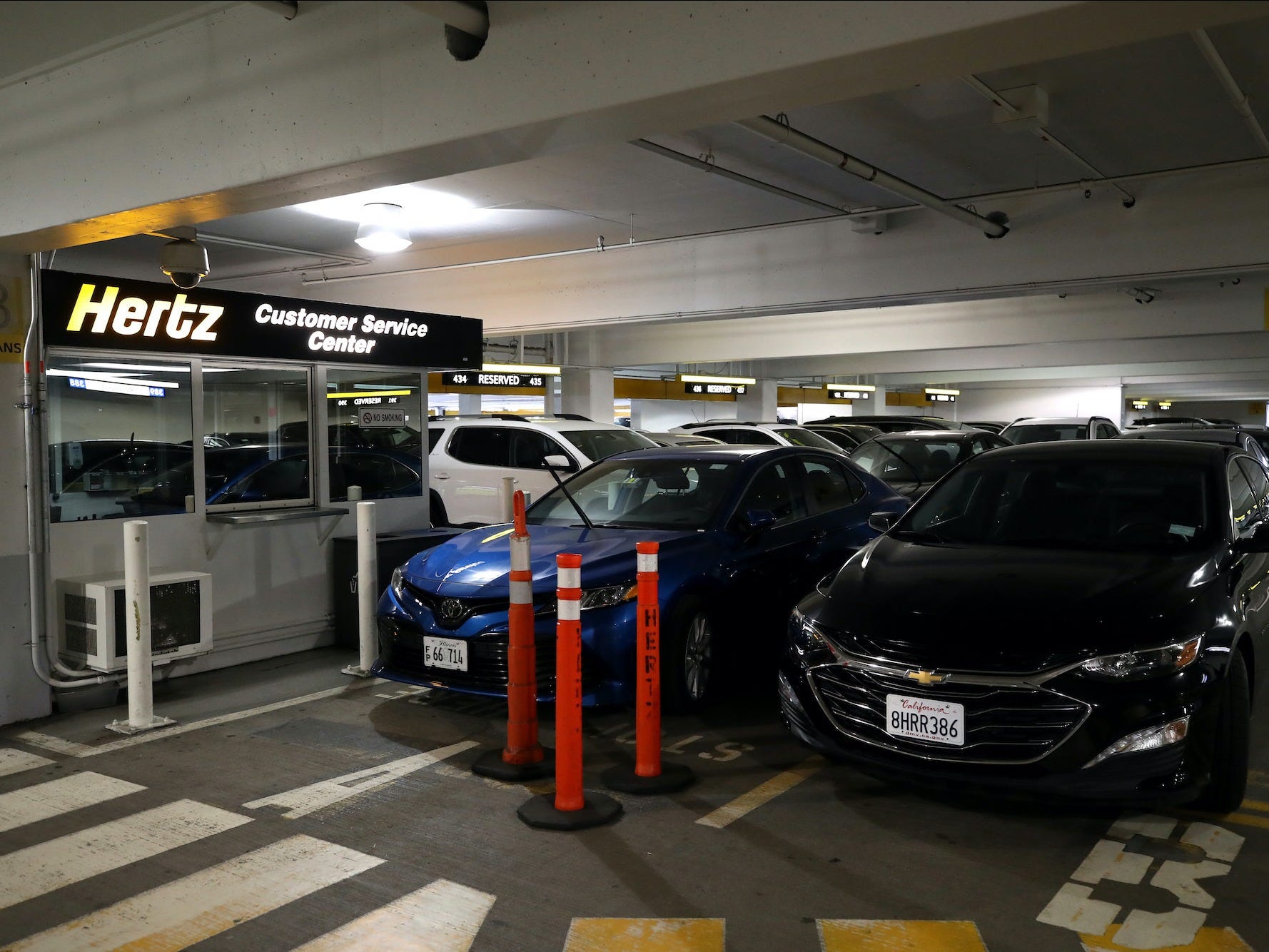 It’s no secret that the travel industry has been hit hard by the current pandemic, with major players such as airlines and cruise companies taking the brunt of the economic damage associated with millions upon millions of canceled trips. Less publicized has been the trickle-down effect on businesses like rental car companies that live in symbiosis with the mass migrations of vacationers and businesspeople.

For consumers, however, there’s a silver lining: As demand for rental cars decreases, companies are offloading fleets onto the used car market. This has given luxury car buyers a fresh source of bargain-priced premium vehicles.

Rental companies have been hit particularly hard by the aviation freeze. With a model that relies on airports as primary hubs and the enormous vehicle inventories that go with that, numerous major players in the car-rental scene have been financially ravaged over the past several months. Most severe has been rental giant Hertz filing for bankruptcy protection in the United States, putting the fate of its enormous fleet of cars and trucks in the hands of a new set of customers — used car buyers — as it begins to trade assets for much-needed cash.

Hertz is far from the only car rental company to contemplate divesting itself of its current holdings in the face of harsh economic realities. Although rental operations regularly sell older vehicles so that newer models can take their place, the pace and flavor of these offerings has changed over the past three months. Hertz in particular has led the way by moving as many of its luxury and high-end sports cars as it can, while even Avis Budget Group has accelerated sales of its fleet vehicles.

Make no mistake: The two companies mentioned above represent a whopping $30 billion in fleet inventory, which means any increase in the number of those vehicles becoming available to pre-owned shopping is going to move the market.

So what should you look for when trying to score a deal on a used rental car? Is it any different than buying a more traditional, off-lease, secondhand vehicle, or do you need to pay special attention in certain areas to make sure you end up with exactly the right vehicle? Finally, is buying a high-end former rental truly going to save you cash, or is it a wash when compared to traditional dealerships?

Condition is everything — make sure quality goes skin deep

“The fastest car you’ll ever drive is a rental car.” Variations on that joke have been around for decades, amplifying the suspicion that any vehicle being offered for sale after its tour of rental duty has been abused to the point where you would never want to park it in your garage.

It’s certainly true that renters often don’t take as much care with a rental as they would with their own vehicle, for the simple reason that they don’t own it. At the same time, rental fleets are monitored and maintained by a stable of mechanics and technicians dedicated to keeping them in good shape. A broken-down rental car is one that’s not earning any return on the investment made in its purchase, and so fleets will do everything in their power to avoid downtime. An off-lease, secondhand purchase won’t have seen nearly the same attention paid to its maintenance — and you have no idea how that vehicle’s original owner decided to treat a car they were going to hand back the keys to one day.

As with any used-car purchase, buying a former rental car requires due diligence. You’ll want to verify if the vehicle comes with the balance of its original factory warranty, that all scheduled maintenance and safety recalls have been taken care of, and that you can get the vehicle inspected by a neutral third party.

Rental companies have an ugly history with renting out recalled vehicles, spurring a 2016 law requiring cars to have their recalls addressed before being rented. But it’s always good to go into a used-car purchase with caution and check if the previous owners — rental companies included — have done what they’re supposed to do.

Rental cars can often have higher mileage than lease returns, too, so a mechanical inspection becomes that much more important. It shouldn’t be a problem to arrange, since Hertz and Avis have historically offered “try before you buy” programs that let you drive the vehicle in question for anywhere from a few hours to a few days prior to making a decision. Enterprise even offers a buyback option that’s valid for seven days post-purchase.

That’s all part and parcel of any vehicle buying experience, and even though rental cars often look to be in great shape from the outside — no company wants to have dented or scratched vehicles sitting on the lot — it’s up to you to make sure that beauty goes more than just skin deep. Also, remember that while rental companies offer warranties of their own (12,000 miles or 12 months from Hertz, for example), it’s worthless if the company can’t successfully pull its way through bankruptcy proceedings.

The cars and trucks offered by rental companies don’t always match their showroom siblings when it comes to features and equipment. This is particularly true at the low end, where compact and midsize cars often come with more basic comforts than their badge might suggest.

When looking at a used rental car — even a luxury model — always double check that the equipment you expect it to come with is actually being offered. It’s also worth inquiring about safety features, as major rental fleets have been dinged in the past for ordering vehicles without standard safety features such as side impact airbags and then selling those on the secondhand market without informing customers.

Deals can be found, but watch out for extra fees and mileage

Many rental companies make use of a zero-haggle model when selling off used fleet vehicles. This is quite convenient from a shopping perspective, especially considering the appealing pricing of used luxury cars from rental fleets.

Hertz offers a searchable online database for its current rental fleet sales, and a quick look sees vehicles ranging from Kias to Cadillacs to BMWs, with mileage starting below 10,000 miles and going all the way to 70,000 miles.

Prices are competitive, if not screaming deals, depending on options and mileage in your area, of course. A more data-oriented approach reveals that Hertz has typically been selling the 7 Series for roughly 14% below its market value, with the overall savings checking it an average of 8% across the board compared to the standard used car market, or about $1,400 less each. You’ll also want to keep a close eye on “documentation fees” and other administrative charges that these companies will tack on to the bottom line, which can approach $800 depending on the seller.

These deals aren’t always found across the board. It’s worth pointing out that low mileage “cream-puffs” are typically only restricted to luxury and sports car rentals. The true workhorses of any fleet are its entry-level automobiles, which are the least expensive way for a customer to get from A to B, and therefore rack up the most mileage. This means that condition and pricing on less opulent automobiles might not be as appealing when compared to dealer or third-party fare.

Next post Tigers that once terrorized Hong Kong are almost extinct