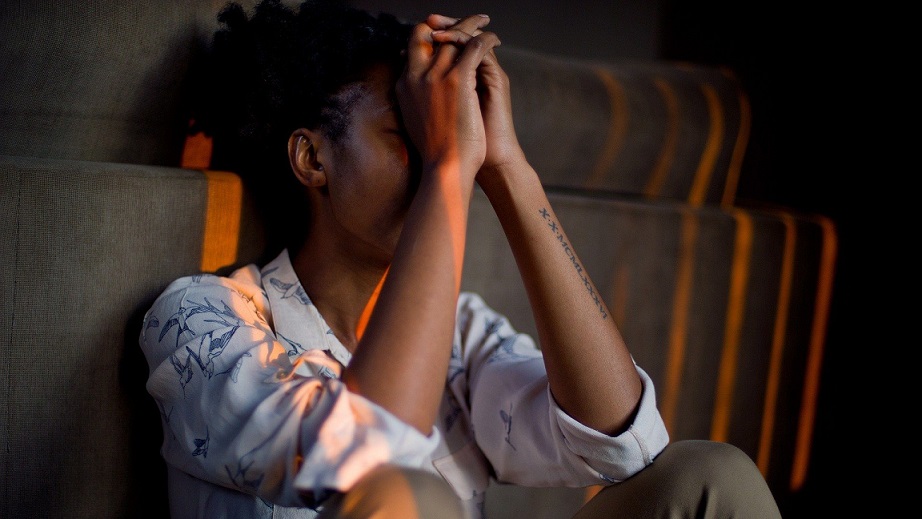 “The worst are the headaches and the pain in my eyes,” said Paul, who lives in Kolkata, West Bengal. “I have had more panic attacks this year than in my entire life combined.”

Research conducted by the Suicide Prevention in India Foundation (SPIF) in May found that nearly 65% of 159 mental health professionals surveyed reported an increase in self-harm among their patients. More than 85% of therapists surveyed said they were experiencing caregiver fatigue, and over 75% said fatigue had impacted their work.

Another survey in April, by the Indian Psychiatric Society, showed that, of 1,685 participants, 40% were suffering from common mental health disorders, such as anxiety and depression, due to the pandemic.

The lockdown may have eased, but the situation isn’t improving. The report’s authors told CNN in August that there’s growing anxiety and uncertainty about when the pandemic will end.

Before Covid-19, India had the highest suicide rate in south-east Asia — now medical experts say the country’s mental health system is being pushed to the limit.

“The system was already creaking and overburdened, now with Covid, we are experiencing the catastrophe of increased demand, woeful supply, and fatigued frontline workers,” said Nelson Moses, founder of SPIF.

No words for mental health

India doesn’t have a long history of discussing mental health.

In 2016, a National Mental Health Survey conducted across 12 states documented a list of over 50 derogatory terms used for people suffering mental illness. “Usually, the public believes that individuals with psychiatric illnesses are incompetent, irrational and untrustworthy consequently, they have low marriage opportunities,” said one of the participants.

“People think that talking about your feelings makes you weak — there are a lot of misconceptions,” said 23-year-old Baldev Singh, a volunteer counselor with the MINDS Foundation, an Indian nonprofit that aims to reduce the stigma around mental health.

Experts say the historical reluctance to address mental health in India could be partly due to a lack of terminology. None of India’s 22 languages have words that mean “mental health” or “depression.”

“People think that talking about your feelings makes you weak — there are a lot of misconceptions.”Baldev Singh, volunteer counselor

While there are terms for sadness (udaasi), grief (shok) or devastation (bejasi) in Urdu and other Indian languages, the specific terminology to address different mental illnesses is lacking. That’s because the practice of psychiatry is largely Western, said Dr S.K. Chaturvedi, Head of department at the National Institute of Mental Health and Neurosciences (NIMHANS) in Bangalore.  “It is easier for people to talk about physical symptoms and illnesses than to express to their families that they are feeling low or depressed,” he said.

“Ever since I was a kid it was ingrained that we don’t talk about things that bother us.”

Problems were pushed aside and minimized, she said. “They might just compare it with someone else’s problem and make you feel guilty about it.”

The stigma around mental health may prevent some people from recognizing that they need help. For those who do want treatment, facilities are limited.

According to the 2016 National Mental Health Survey, 83% of people suffering mental health problems in India did not have access to adequate mental health treatment.

In many cases, access to mental health treatment in India depends on where you live.

“The divide basically comes in the urban versus rural, so if I look at Mumbai, I know that today I can just get up and go to a hospital in my own area,” said Pragya Lodha, the Mumbai Program Director for the MINDS Foundation.

For people in rural India, it’s much harder.

Sub-district hospitals cater to roughly 30,000 people or 15 to 20 villages. However, these hospitals typically don’t have mental health services, according to Amul Joshi, MINDS Foundation’s program director in Gujarat.

Some villagers may have to travel up to 60 kilometers (37 miles) to get treatment, said Joshi. That takes time — and money. “We sometimes pay for their travel to the hospital as an incentive. However, this means that treatment is usually limited to medication as people cannot keep going to the district hospital for therapy,” he said.

People in rural India tend to have other priorities.

“The struggle in rural communities is often about basics so mental health tends to take a backseat,” said Lodha.

India was heading into harvest season when the government announced its nationwide lockdown in March. Farmers were confused about whether they could hire migrant workers amid the ban on cross-border movement, and whether crops could be transported to market, said Singh, the volunteer counselor.

“People have to deal with a lot of stress in villages — farmers have to deal with their produce going bad when they can’t take it to the market or distribute it in time,” said Singh, who lives in Nara Village, a rural farming community of around 2,000 people in Gujarat.

Singh said people in rural India are feeling more isolated than ever.

“In rural India, where people aren’t aware of mental health issues and can’t talk to their friends about their stresses, the situation is only getting worse.”Baldev Singh, volunteer counselor

“In urban India, this may have led to more dialogue among family members. In rural India, where people aren’t aware of mental health issues and can’t talk to their friends about their stresses, the situation is only getting worse,” he said.

Technology has become crucial to mental health intervention in many communities during the pandemic. However, online therapy is not often available to people in villages who don’t have access to smartphones or the internet.

The MIND Foundation trains volunteers — like Singh — to become “community leaders” to raise awareness of mental health and encourage people to seek help when they need it.

Changing attitudes in a country of 1.3 billion people is an immense challenge. But in recent months, there have been signs of change.

Chaturvedi, from NIMHANS, is part of a central government initiative to address the mental health of migrants who were disproportionately affected by the lockdown that stretched for 68 days.

“(It’s) definitely proof of the fact that there is a shift in attitudes, and that people understand the importance of mental health,” Chaturvedi said.

Millions of migrant workers lost their jobs and became stranded in cities when lockdown rules closed workplaces and froze public transport. Some were forced to take shelter under bridges or other public spaces or walk hundreds of miles to get home.

Migrant laborers (were) displaced, forced to go back to their villages, ignored by the state machinery, treated as collateral damage,” Moses said. Sometimes they were unwelcome in their own villages, he added, due to fears they were carrying the virus.

“Thanks to Covid, everyone is in the same boat of despair and despondency.”Nelson Moses, founder of the Suicide Prevention in India Foundation

Under the direction of the Ministry of Health and Family Welfare, NIMHANS set up a helpline that refers prospective patients to mental health professionals. Separately, the government released guidelines on addressing the mental health issues of migrants and health care workers, and advice on identifying patients whose mental health had suffered during the pandemic. And the Health Ministry shared posters stressing the importance of wellness practices, such as yoga to improve mental health.

However, some mental health practitioners say these initiatives are insufficient. “These are helpful but seem to be reductive and appear to pay mere lip service,” said Moses.

Mental health experts say what’s needed is more funding. Of India’s total 2020-2021 budget, just 2% has been set aside for healthcare. And of that figure, less than 1% has been allocated to mental health.

Moses believes now is the time for the Indian government to start prioritizing mental health services.

“Never before have we witnessed more engagement surrounding mental health. Thanks to Covid, everyone is in the same boat of despair and despondency,” said Moses. “It has gone from (being) swept under the carpet to hitting the ceiling.”

Paul chose to speak about her panic attacks to raise awareness of a problem that often is ignored in India. “It is no longer acceptable to label mental health as “taboo,” and move on without addressing the issue,” she said.

“There needs to be a lot more communication … we need to start from ground zero in schools and colleges and rope in parents and make them comfortable with it, so that their children can be comfortable talking to them about their issues.”