Israeli locusview seriesorbachctech is regarding $64 million fund which has been raised by Locusview for its digital construction management suite that helps companies manage infrastructure capital projects. This story was covered by the Meir Orbach  of ctech which revealed a number of things.

As we know Israeli startup locusview raised $64 million series A (reported by Meir Orbach / CTech) to accelerate the growth of DCM platform. It’s time to know how this funding will benefit the whole project in the long term. So here’s what we got and don’t forget to share it.

Locusview announced on Wednesday a $64 million series A funding round. The company makes a Digital Construction Management (DCM) platform for the energy, telecom, and water industries to use to manage infrastructure capital projects. Israel Growth Partners (IGP), a $600 million Growth Investment Fund that focuses on Israeli technology companies in the growth stage, led the investment. Leumi Partners, Clal Insurance, and Discount Capital, who had already invested in Locusview, all took part in the round. This brought the total amount invested in Locusview to $80 million.

Shahar Levi started Locusview in 2015. Unlike other companies that have announced growth rounds in recent weeks, Locusview has been profitable almost since the beginning, making tens of millions of dollars a year.

The Israel-United States Binational Industrial Research and Development (BIRD) Foundation made it possible for Locusview to start up. The company’s solution focuses on field crews, inspectors, and back office management. It allows for a smooth flow of data and simultaneous mobile and web access to manage the three most important phases of infrastructure construction projects: Planning, Construction, and Close-Out. Planning and design information comes in through Locusview Web and is put together into a digital job packet. A work order is put on a schedule and given digitally to certain field crews or contractors. The field crews use Locusview Mobile to collect digital as-built data and create high-accuracy GPS locations to track where materials came from. At the same time, back office management uses Locusview Web to get real-time visibility, which gives them a full understanding of how construction work is being done. During Close-Out, a digital closing package is made, which cuts bottlenecks and cycle time by a large amount. To finish the project, labour and materials are matched up and custom reports are made.

Within two years of releasing its first product, Locusview had it used by over 5,000 crews working on tens of thousands of projects for over 20 of the largest energy infrastructure companies in the U.S.

CEO Levi told Calcalist that Locusview’s technology has an effect on the environment because it helps companies cut their emissions by a lot.

“After we got the money from the BIRD Foundation, I went to the United States and saw how hard it is to set up energy infrastructure. “Instead of going home, I went to Chicago to see the American Gas Association and offered to build a full-stack platform for them,” Levi told CTech. “We made a test model and gave it to other gas companies as well. Between 2015 and 2018, big U.S. companies gave the company $15 million to help build the product. I didn’t have to raise money or sell shares because the biggest gas companies started using our platform right away.

Levi said that he was given the chance to sell the platform in 2018, but he chose not to. “I went to one of the co-founders of Retalilx, Brian Cooper, and told him that I need $5 million for the company. I finished that round, and a Swedish family office that works in the energy market gave us another $7 million a year later,” said Levi. “This round will go entirely to the company, and neither employees nor investors will be able to buy shares. We have 120 people working in two offices in Herzliya and another 60 people working in Chicago. Since we started our business, even during Covid-19, we have made money. During the pandemic, the governments of India and Mexico gave us contracts. I knew this was our chance, so we decided to raise more money because our clients want more than we can give them right now.

“With the series A round, we want to add more features to our platform and grow our team to meet the growing needs of both existing customers and new ones,” Levi said. “At the same time, we plan to aggressively buy complementary companies.”

Assaf Harel, a General Partner at IGP, said, “Each year, nearly $500 billion is invested in energy and telecommunications infrastructures, which shows that Locusview has a huge market potential.” In less than three years, Locusview has become a trusted partner for more than 20 of the largest utility companies in the U.S., helping them digitise the most important parts of their business. We think the company is in the right place at the right time to lead the digital revolution of critical infrastructure construction around the world by using a powerful cloud-based SaaS platform to manage this huge opportunity. 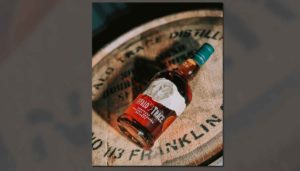