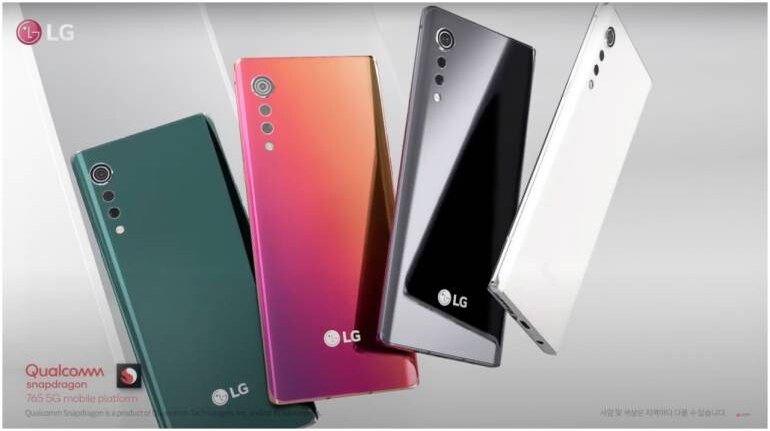 LG Velvet alleged specifications have surfaced online just days ahead of its official launch. The new LG phone appears to have at least 8GB of RAM and include a 16-megapixel selfie camera. The South Korean tech giant has already confirmed that the Velvet phone will be powered by Qualcomm Snapdragon 765 SoC, and offered in four colour options. The smartphone is officially launching on May 7 through an online event.

A specifications sheet that is believed to be of the LG Velvet has surfaced on South Korean forums Meeco.kr. The sheet has also been shared by a tipster on Twitter who goes by username Sleepy Kuma.

The details available on the specs sheet suggest that the LG Velvet would come with a triple rear camera setup that will include a 48-megapixel primary sensor along with support for optical image stabilisation (OIS). It would also feature an 8-megapixel secondary sensor, paired with a wide-angle lens, and a 5-megapixel depth sensor. For selfies, the sheet suggests that there would be the 16-megapixel camera sensor at the front on LG Velvet.

In terms of storage, the LG Velvet appears to have 128GB of onboard storage that would support expansion up to 2TB via microSD card slot. The phone would also come in at least an 8GB RAM option.

The specs sheet also lists IP68 certification and 4,300mAh battery. There is also reference to the Snapdragon 675 SoC, which is in line with an earlier official teaser. Further, the phone is said to come with an in-display fingerprint sensor and have stereo speakers, coupled with artificial intelligence (AI) powered sound. LG would also offer wireless charging support — alongside fast wired charging. Besides, the phone would measure 167.1x74x7.85mm and weigh 180 grams.

The LG Velvet launch will take place through an online-only event in South Korea on May 7. The phone is likely to also arrive in global markets shortly after its launch next month.