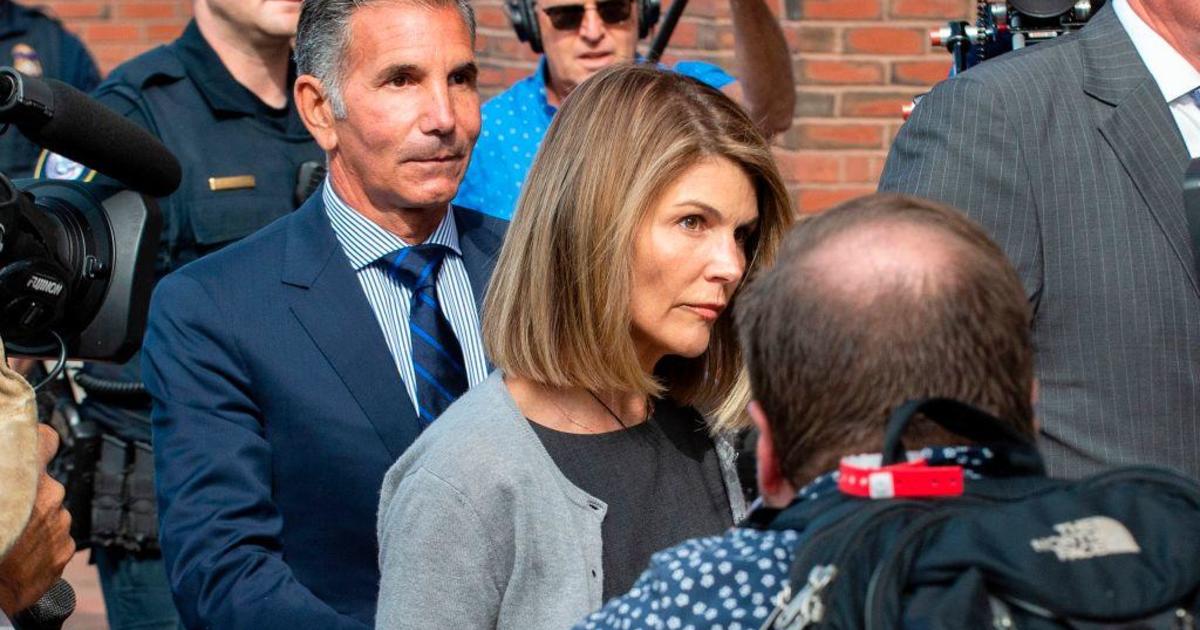 Lori Loughlin issued an apology for her role in the college admissions bribery scandal that shocked the public last year.

Boston — Actress Lori Loughlin will serve two months in prison and her husband, fashion designer Mossimo Giannulli, will serve five months after the couple pleaded guilty to conspiracy charges in the college admissions scandal. A federal judge on Friday accepted plea deals from the famous couple in a video sentencing hearing.

After initially vowing to fight the charges, Loughlin and Giannulli reversed course after a judge denied their motion to dismiss the case in May. Prosecutors said the couple paid $500,000 to secure their daughters’ admission to the University of Southern California by masquerading them as fake athletic recruits.

“I made an awful decision. I went along with a plan to give my daughters an unfair advantage in the college admissions process. In doing so, I ignored my intuition and allowed myself to be swayed from my moral compass,” Loughlin said in the video call.

Earlier in the day, Giannulli apologized for the harm his decisions caused his family. “I’m ready to accept the consequences and move forward with the lessons I’ve learned from this experience,” he said.

Prior to rendering the sentence, U.S. District Court Judge Nathaniel Gorton ripped into Giannulli for committing a “crime motivated by hubris” that is “defined by wanton arrogance and excessive pride.” Gorton said most of the people he sees did not grow up with role models, are abused, or live in squalid conditions and face tough choices.

“That’s not the case with you. You, yourself, describe a stable family. You are an informed businessman. You certainly did know better but you sponsored a breathtaking fraud on our system of education,” the judge said. “You were not stealing bread for your family.”