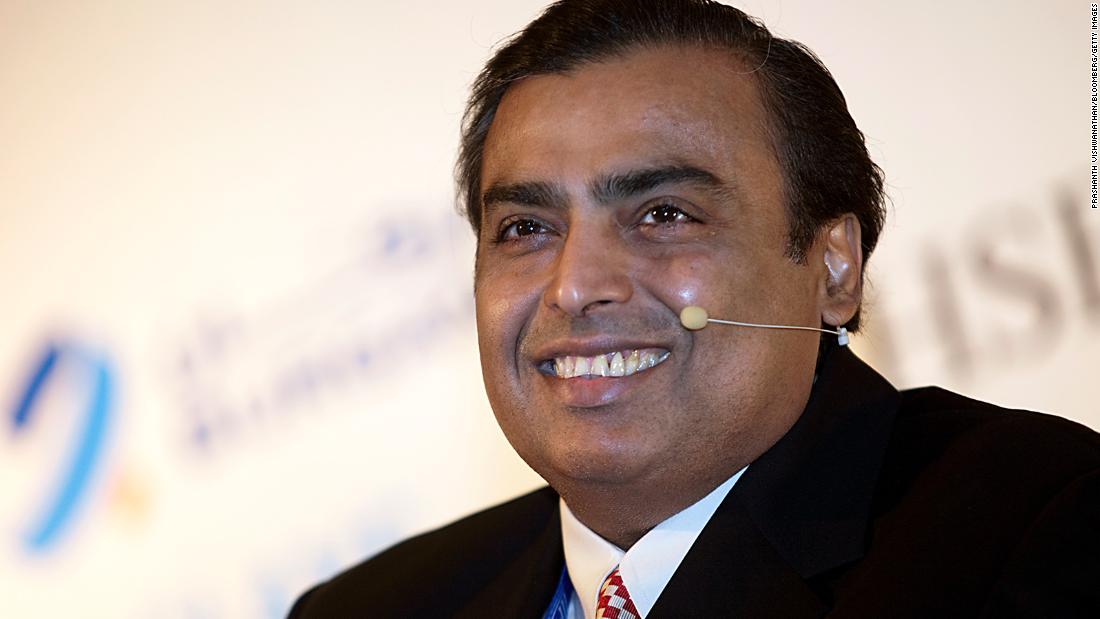 Ambani is the chairman and chief executive of one of India’s most valuable companies, Reliance Industries. His net worth recently surged to $64.5 billion, edging out Oracle’s Larry Ellison and French L’Oreal heiress Francoise Bettencourt Meyers for the No. 9 spot on the list, according to the Bloomberg Billionaires Index. Ambani is the only person from Asia on the list.

Under Ambani’s leadership, Reliance has grown from an oil and energy company into a sprawling conglomerate that includes retail shops, a mobile and broadband carrier, digital platforms and more.

This new milestone comes shortly after Ambani amassed more than $16.5 billion in investments in just around three months for Reliance’s digital technology arm, Jio Platforms, and despite challenges to the oil side of Reliance’s business.

The fundraising blitz and a recent share sale have made Reliance Industries debt-free, the company said in June. The company said its net debt at the end of March was 1.61 trillion rupees ($21 billion).

Shares of the conglomerate have more than doubled since a low in March and are up 17.2% since the beginning of this year to 1,752.50 rupees, or $23. While Reliance’s stock has recovered, many other companies continue to suffer from the economic fallout of the coronavirus pandemic, and India’s economy appears to be headed for a major slump.
The recent investments in Jio Platforms include more than $15 billion from the likes of Facebook and top Silicon Valley investors Silver Lake and TPG. It also received $1.2 billion from Abu Dhabi’s sovereign wealth fund and $1.5 billion from Saudi Arabia’s sovereign wealth fund. The deal with Saudi Arabia valued Jio at close to $68 billion.
The investments will fuel Ambani’s ambitions to make Jio Platforms into an internet giant that could rival Google or Alibaba. Facebook’s $5.7 billion bet on the company, one of the social media company’s biggest-ever deals, signaled that Ambani and Facebook are aiming to create a platform similar to Tencent’s WeChat, where users have access to messaging, mobile banking, social media and other services.
Share
Facebook Twitter Pinterest Linkedin