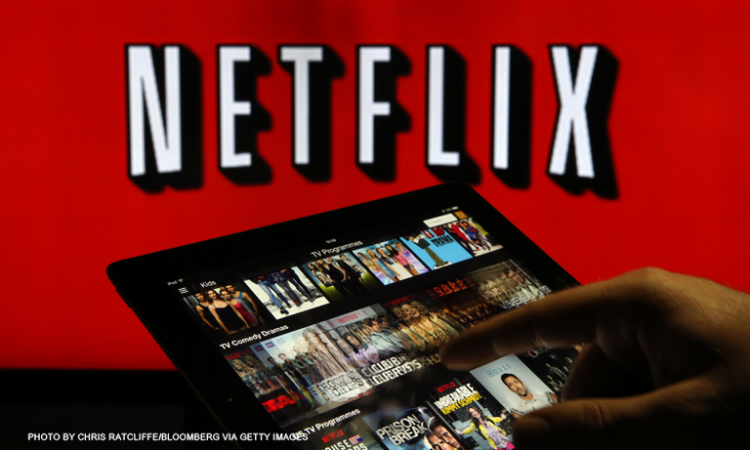 The company said it expects to bring in 2.5 million subscribers in the next quarter, roughly half of what analysts were anticipating.

“Ted has been my partner for decades,” Hastings said in a statement. “This change makes formal what was already informal — that Ted and I share the leadership of Netflix.”

Sarandos, who will continue as the company’s chief content officer, said he was “excited and honored” by the promotion.

“My journey to co-CEO of Netflix has been as a fan of great entertainment,” Sarandos wrote in a blog post. “And that’s my commitment to Netflix members going forward: to keep pushing the boundaries of what a consumer-first company can achieve for people who love stories.”

Netflix’s second quarter profit in 2020 more than doubled to $720 million from $271 million in the year-earlier quarter. Its revenue jumped 24%, to $6.1 billion. This is the second quarter in a row the company has seen its subscriber growth blow past its expectations as millions of people are stuck at home because of the coronavirus pandemic. Netflix said in its letter to investors that it expected growth to slow “as consumers get through the initial shock of COVID and social restrictions.”

“We continue to view the quarter-to-quarter fluctuations in paid net adds as not that meaningful in the context of the long run adoption of internet entertainment, which we believe provides us with many years of strong growth ahead,” the company said.

Netflix added that its biggest priority is to restart “our productions safely and in a manner consistent with local health and safety standards to ensure that our members can enjoy a diverse range of high quality new content.”

The company also said that its 2020 plans for new original shows are still “largely intact” because of its long content production lead time. “The pandemic and pauses in production are impacting our competitors and suppliers similarly. With our large library of thousands of titles and strong recommendations, we believe our member satisfaction will remain high.”

Netflix’s earnings come after multiple competitors have launched their own streaming services to rival the company.

The company mentioned WarnerMedia, Disney and NBCUniversal, which have launched HBO Max, Disney+ and Peacock, respectively. Netflix even gave a shout out to short-form video app, TikTok, calling its growth “astounding.” Warner Media is owned by AT&T and is the parent company of CNN.

“Instead of worrying about all these competitors, we continue to stick to our strategy of trying to improve our service and content every quarter faster than our peers,” Netflix said on Thursday. “Our continued strong growth is a testament to this approach and the size of the entertainment market.”