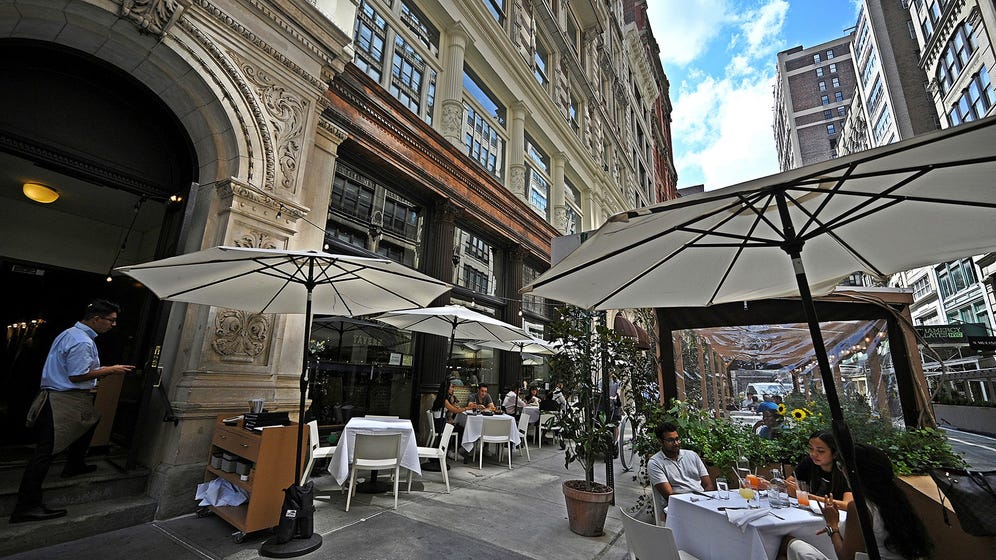 “If you’re unvaccinated, unfortunately, you will not be able to participate in many things,” de Blasio said. “If you want to participate in our society fully, you’ve got to get vaccinated.”
The policy will take effect over the next few weeks.
The city’s move comes as businesses across Corporate America begin rolling out vaccine requirements for employees, and in some cases for customers and clients to show their proof of vaccination as well.
Broadway theaters have already announced they will require vaccinations for both audience and staff, at least through the month of October.
And New York isn’t alone in its vaccine push. Countries in Europe have rolled out various incentives, including cash payments and free football stadium tours, in an effort to get people vaccinated.
On Monday, France’s parliament passed a law that requires a “health pass” showing proof of vaccination or a negative PCR test in order to enter restaurants, bars and for travel on long-distance trains and planes.
The city will begin enforcing the program on September 13, the mayor said.
In New York City, about 55% of residents are fully vaccinated, according to city data. And although that number doesn’t seem particularly high, it is higher than the total vaccination rate in the US, which stands at around 50%. Vaccination rates differ by borough as well. About two-thirds of Manhattan residents are fully vaccinated, compared to just 46% of Bronx residents.
News of the new requirements was met with some concern by the National Restaurant Association.
The policy will require “significant changes for how restaurants are operating in the city,” said Larry Lynch, senior vice president of science and industry for the trade group. He also warned that putting the responsibility on the restaurant could put employees at risk, citing the “terrifying backlash” that many faced when mask mandates were rolled out last year.
Lynch said he hopes the city will work with the National Restaurant Association to ensure “clear guidance and support for our workforce.”
“The questions that people have now about society will be cleared out,” Andy Slavitt, a former White House senior adviser for the Covid-19 response, said during de Blasio’s press conference. “New York City will be the first city in the country that takes those questions off the table completely as this gets implemented.”
Share
Facebook Twitter Pinterest Linkedin