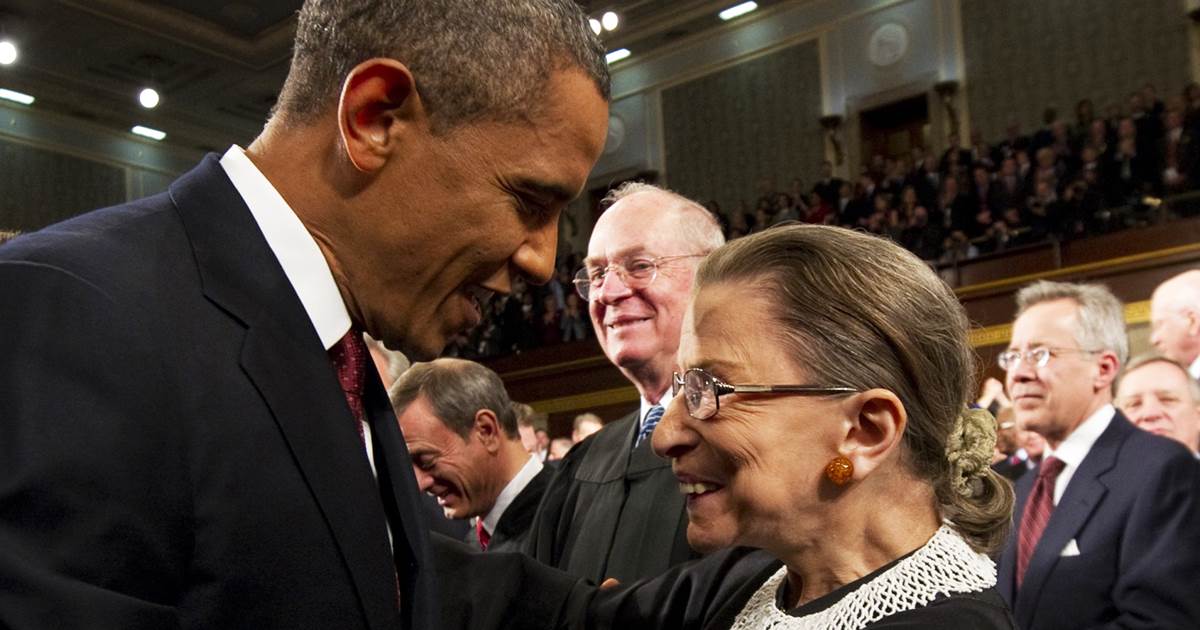 “Ruth Bader Ginsburg fought to the end, through her cancer, with unwavering faith in our democracy and its ideals. That’s how we remember her,” former President Barack Obama wrote in a blog post Friday, honoring the late Supreme Court justice, who died earlier in the day.

“She was a warrior for gender equality — someone who believed that equal justice under law only had meaning if it applied to every single American,” Obama wrote, praising her trailblazing career as both a “relentless litigator and an incisive jurist.”

Obama said that Ginsburg “inspired the generations who followed her, from the tiniest trick-or-treaters to law students burning the midnight oil to the most powerful leaders in the land,” including he and former first lady Michelle Obama.

Obama also referenced Ginsburg’s dying wish, which was reportedly that she “will not be replaced until a new president is installed,” in calling on Republican senators not to fill the vacancy she left on the Supreme Court.

“Four and a half years ago, when Republicans refused to hold a hearing or an up-or-down vote on Merrick Garland, they invented the principle that the Senate shouldn’t fill an open seat on the Supreme Court before a new president was sworn in,” he wrote.

In 2016, Senate Majority Leader Mitch McConnell vowed just hours after Supreme Court Justice Antonin Scalia died, nearly 10 months before the election, that the Senate would not hold a hearing for Obama’s nominee to replace Scalia.

In his blog post, Obama called on Republicans to adhere to the same standard with the current vacancy and “apply rules with consistency, and not based on what’s convenient or advantageous in the moment.”

McConnell has already vowed to fill the seat, saying in a statement Friday: “President Trump’s nominee will receive a vote on the floor of the United States Senate.”