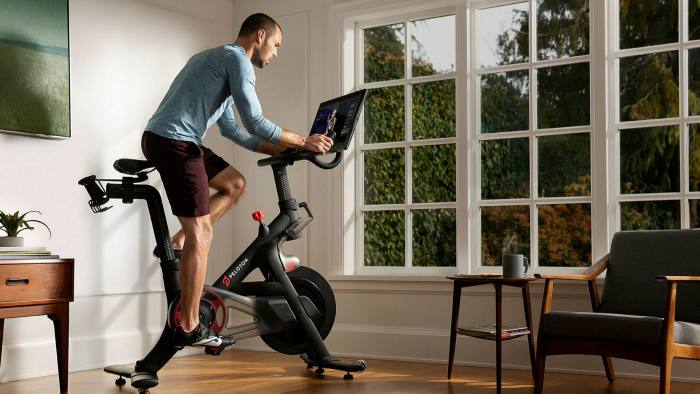 Peloton shares jumped as much as 13% in pre-market trading on Friday after the connected-fitness company turned its first quarterly profit ever.

Widespread lockdowns and closures of gyms and fitness studios in response to the coronavirus pandemic boosted demand for Peloton’s indoor exercise bikes and treadmills as well as its online classes. The group’s connected-fitness subscriptions more than doubled year-on-year to about 1.1 million last quarter as a result.

The upshot was a 172% year-on-year rise in revenue to $607 million, swinging the group to $89 million in net income compared to a net loss of $47 million in the same period last year. However, the overwhelming demand has led to months of order delays and heaped pressure on Peloton’s supply chain.

Still, Peloton’s bosses expect further growth this fiscal year. They forecast subscriptions will rise roughly 90% to between 2.05 million and 2.1 million, and revenue to nearly double to between $3.5 billion and $3.65 billion.

Moreover, they anticipate $200 million to $275 million in adjusted earnings before interest, tax, depreciation, and amortization, up from $118 million in the year to June 30.

Peloton is widely viewed as a winner in the “stay-at-home” economy. Bullish investors have roughly tripled its stock price this year, boosting its market capitalization to almost $25 billion.