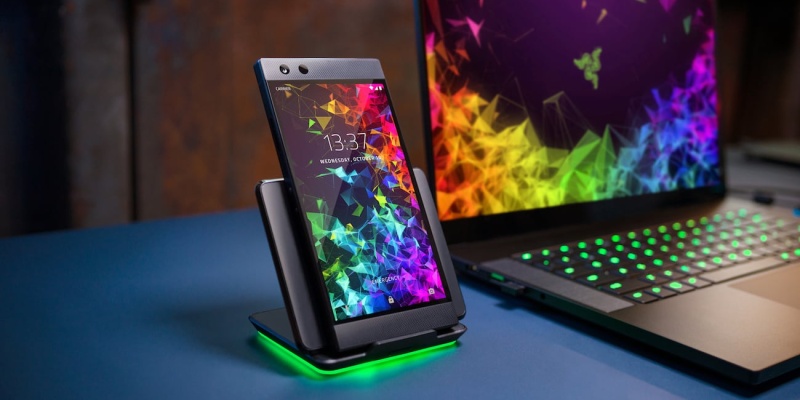 The week past had its fair share of tech headlines, from the latest launch under the Poco brand – the Poco X2 being launched in India – to the arrival of the latest budget smartphone from Realme in the country – the Realme C3. Other big highlights of the week included a Berlin-based artist tricking Google Maps into seeing a traffic jam where there was none, improvements to WhatsApp Dark Mode, Xiaomi teasing the launch of the next Redmi smartphone, the launch date of the flagship Mi 10 series finally being revealed, and major organisations pulling out of MWC 2020 over coronavirus fears.

The Poco X2 was launched in India this week, and the smartphone for all intents and purposes is essentially a rebranded variant of the Redmi K30 4G smartphone that was launched in China late last year. Highlights of the Poco X2 (Review) include its 120Hz refresh rate display, its gaming-focussed Snapdragon 730G SoC, a massive 4,500mAh battery with 27W fast charging, liquid cooling tech, a dual selfie camera in a hole-punch display, and finally, up to 8GB of RAM.

The Realme C3 was launched in India earlier this week, and it is the latest budget smartphone offering from the Oppo spin-off brand. The Realme C3 succeeds the Realme C2 in the country, and its highlights include a gaming focused MediaTek Helio G70 SoC, up to 4GB of RAM, a massive 5,000mAh battery, and dual rear cameras, all at the starting price of Rs. 6,999. It will go on sale in the country from February 14 via both Flipkart and Realme.com. The company also reveals that the smartphone will soon be available via offline stores in the country.

Specifications of the Realme C3 (Review) include dual-SIM (Nano) support, Realme UI based on Android 10, a 6.5-inch HD+ display with a waterdrop-shaped notch, a MediaTek Helio G70 SoC, up to 4GB of RAM, a dual camera setup (12-megapixel + 2-megapixel), a 5-megapixel front camera, up to 64GB of onboard storage expandable via a dedicated microSD card (up to 256GB) slot, the regular bunch of connectivity options including a Micro-USB port, a massive 5,000mAh battery, dimensions of 164.4x75x8.95mm, and a weight of 195 grams.

A story that made headlines this week was the Google Maps hack by a Berlin-based artist – Simon Weckert. Wanting to show how the system can be fooled, Weckert loaded up 99 second-hand smartphones, each signed into Google Maps, onto a hand cart and lugged them around the German capital. On empty roads, as long as there was not another vehicle passing by with Google Maps enabled, the slow moving hand cart registered a jam on Google Maps.

Also this week, Google Maps celebrated its 15th birthday by unveiling a brand new logo inspired by the iconic maps pin, while also introducing new features, including the new ‘Contribute’ tab. The tab is meant to allow users to share their local knowledge, helping others who use the navigation and mapping service. There’s also a new ‘Updates’ tab, which shows trending, must-see spots in the area as recommended by local experts and publishers. A new Saved tab was also introduced, containing all the spots that users have bookmarked for future reference.

This week, WhatsApp introduced a new Android beta that brought along six solid colour options for wallpapers, giving users the choice of contrasting the dark green bubbles produced by WhatsApp Dark Mode. Seen in WhatsApp v2.20.31 beta on Android, the new feature can be tried out by people if they sideload the APK build. It can be found under Settings > Chats > Wallpapers > Solid Colour.

Also this week, WhatsApp brought Dark Mode to iPhone users – but, only in beta. Unlike Android, where users not part of the Google Play Beta programme can still enjoy beta features by sideloading the relevant APK file, those on iPhone have to be part of the TestFlight beta programme, and that is completely full. Those a part of it however, have shared screenshots of Dark Mode enabled on WhatsApp for iPhone beta v2.20.30 (2.20.30.13). It works exactly how Dark Mode works on Android, and so while there is nothing really new to see here, it does tip that the feature is set to launch soon for stable build users on both Android and iPhone platforms.

Finally, as per a report, WhatsApp is said to have received a nod from the National Payments Corporation of India (NPCI) to begin a phased rollout of its WhatsApp Pay UPI-based payments system that has been in beta testing for nearly three years now.

Xiaomi this week had some teasers to share with its fans. The first of those was published early this week, and the company said a new Redmi phone was ‘coming soon’. Unfortunately, the teaser didn’t contain any further information. Later in the week, Xiaomi also teased something powerful was coming, and featured a video teaser that had a glimpses of an unidentifiable product. Speculation indicates it would be either a power bank or a speaker, with Redmi branding.

The latest teaser by Xiaomi this week revealed that the new Redmi phone would probably be the successor to the entry-level Redmi 8A smartphone in the country. Thanks to using a similar tag line for other Redmi A-series smartphones, ‘Desh Ka Dumdaar Smartphone’, we can expect the Redmi 9A to be launched in the country. This last teaser included a launch date – February 11 – as well as details such as a 5,000mAh battery and a textured rear panel design for strong grip.

Xiaomi has long been anticipated to launch its Mi 10 flagship, and now, we finally have a launch date – both local and global. The company on Friday announced that the Mi 10 would be unveiled in Barcelona, Spain, just ahead of MWC 2020, on February 23. The invite image shows off what looks a multi-lens camera setup, and we came expect some amount of optical zoom to be offered by the company.

The next day, Xiaomi then revealed that the Mi 10 would actually be unveiled first in China – as is traditional – on February 13. Thanks to the coronavirus outbreak in the country however, the company will announce the launch of the Mi 10 series at an online-only event, for the safety of its employees and its fans. Alongside the China announcement, the company revealed a few features of the series, such as LPDDR5 RAM and UFS 3.0, as well as Wi-Fi 6 and 5G connectivity.

Also this week, major companies pulled out of the Mobile World Congress in Barcelona over fears of the coronavirus outbreak, which is slowly making an impact globally. Amongst those that cancelled appearances, were Ericsson and Nvidia. Both companies have a significant presence at the trade show, and their decision represents a big blow for GSMA, the organiser of MWC 2020.

LG Electronics also pulled out of the trade show, saying, “With the safety of its employees and general public foremost in mind, LG has decided to withdraw from exhibiting and participating in MWC 2020 later this month in Barcelona, Spain.” ZTE was initially reported to have pulled out, but later said it would still be attending. Huawei also said it would be attending despite coronavirus fears.