In recent studies, scientists have discovered that a rare sulfur offer key to triple-capacity EV batteries which is more environmentally friendly and it is a good way to power your electrical vehicle for a long run.

But as the scientists have discovered a great way to resolve this issue, it seems now in future without increasing the battery plates or weights, we can run our vehicle to a longer time. As per our scientists –  a rare form of sulfur offers a key to triple-capacity which means if a battery offers 200Km in one single charge, then the same battery now will offer 600km in one single charge!!

Scientists see a great deal of potential in lithium-sulfur batteries as a more ecologically responsible means to power electric vehicles, which is why the popularity of electric vehicles is continuing to grow. This is due to the fact that they do not rely on the same costly and difficult-to-source raw elements, such as cobalt. However, additional issues relating to their stability have prevented the technology from progressing further up to this point. Engineers at Drexel University have uncovered a discovery that they believe brings these batteries one step closer to being used commercially. This discovery makes use of a rare chemical phase of sulphur in order to prevent destructive chemical reactions from occurring.

Not only is sulphur abundant and easier to get than the cobalt, manganese, and nickel that is used in today’s batteries, but lithium-sulfur batteries also show a lot of promise when it comes to the storage of energy. This is one reason why lithium-sulfur batteries hold so much potential. They have the ability to store several times more energy than the lithium-ion batteries that are currently available, which may give some major performance advantages as well. However, there is one issue that keeps cropping up for researchers, and that is the creation of polysulfide compounds, which are chemical compounds.

They make their way into the electrolyte, which is the solution that transfers the charge back and forth between the anode and the cathode, as the battery functions, and once there, they set off chemical processes that reduce the battery’s capacity and shorten its lifespan. The carbonate electrolyte has been successfully replaced with an ether electrolyte, which does not react with the polysulfides, and the scientists have had some success with this. If the battery is heated above room temperature, it may quickly fail or melt down since the ether electrolyte itself is highly volatile and contains components with low boiling points. This means that the battery may fail fast or melt down if the temperature is increased.

The chemical engineers at Drexel University have been working on another option, and the first step in the process involves the design of a new cathode that is compatible with the carbonate electrolytes that are already being used in commercial applications. This particular cathode is constructed out of carbon nanofibers, and it has already been demonstrated to be effective at reducing the rate at which polysulfides pass through an ether electrolyte. However, a lot of trial and error was required in order to get it to function with a carbonate electrolyte.

According to the researcher who led the study, Vibha Kalra, having a cathode that is compatible with the carbonate electrolyte that commercial manufacturers are already employing is the route of least resistance for these businesses. “Therefore, rather than attempting to persuade the industry to adopt a new electrolyte, our objective was to develop a cathode that would be compatible with the Li-ion electrolyte system that was already in place.”

Using a method known as vapour disposal, the researchers endeavoured, for the purpose of preventing the potentially hazardous chemical reactions, to contain the sulphur within the carbon nanofiber mesh. It came out that this did not quite have the impact that was wanted, but as it turned out, it actually crystallised the sulphur in an unexpected way and transformed it into something that is called monoclinic gamma-phase sulphur, which is a somewhat changed form of the element. In the past, this chemical phase of sulphur had only been synthesised in the lab at extremely high temperatures or found in oil wells in the natural world. The fact that it is not reactive with the carbonate electrolyte makes things easier for the researchers because it eliminates the possibility of polysulfide formation.

“At first, it was hard to believe that this is what we were discovering,” said Rahul Pai, who was also a co-author of the paper. “This is because in all of the previous studies, monoclinic sulphur has been shown to be unstable under 95 °C (203 °F”). “In the past century, there have only been a few experiments that have created monoclinic gamma sulphur, and even then, it has only been stable for a maximum of twenty to thirty minutes.” But we developed it in a cathode that was going through thousands of charge-discharge cycles without suffering a drop in performance, and a year later, when we examined it, we found that the chemical phase had not changed.

The scientists say that one year of testing and 4,000 charge-discharge cycles is equivalent to ten years of typical use, and the cathode maintained its consistency throughout the entire process. The prototype lithium-ion battery that the group created using this cathode had three times the capacity of a typical lithium-ion battery. This opened the door for the development of batteries that are better for the environment and would enable electric vehicles to travel significantly further between charges. 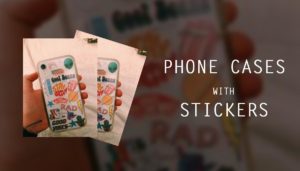