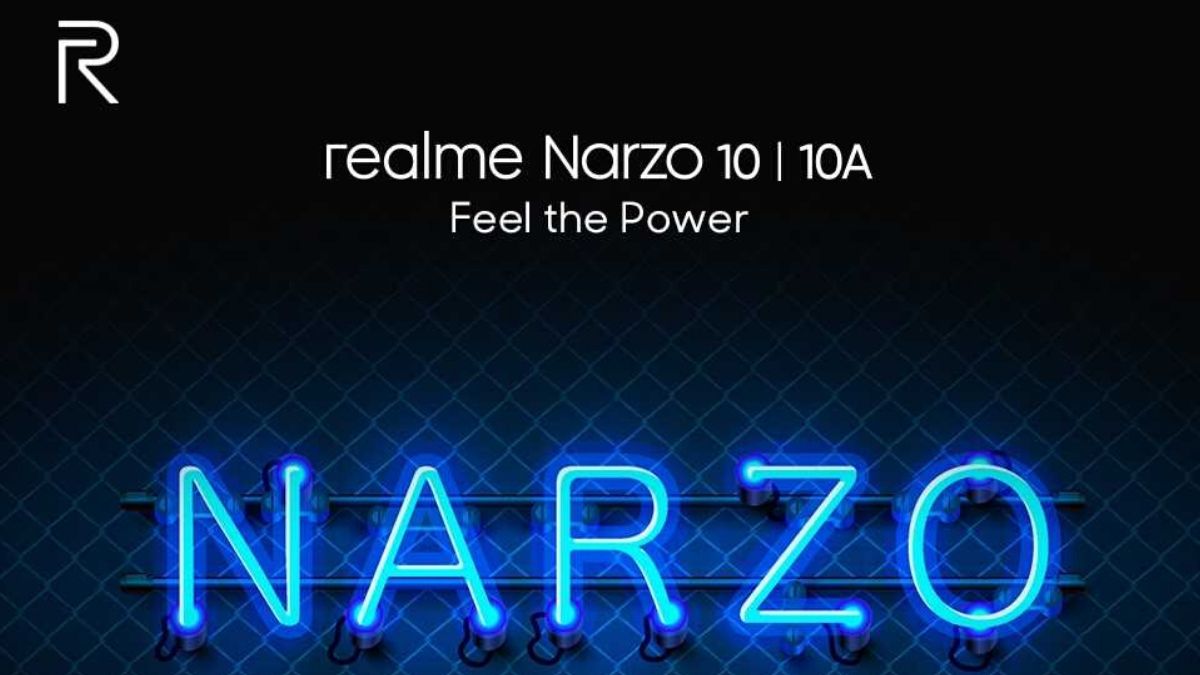 Realme Narzo 10 and Realme Narzo 10A are finally going to be launched on Monday in the country. Due to the COVID-19 outbreak, the two upcoming Realme phones that were originally supposed to be unveiled on March 26 were delayed. After the government recently relaxed the lockdown norms in select districts across the country, the Chinese smartphone maker has decided to release the Narzo 10 and Narzo 10A. The two phones are part of a new lineup from Realme and will join its growing portfolio in the country.

In this article, we will talk about everything we know about the Realme Narzo 10 and Narzo 10A phones and how you can watch the launch event live tomorrow i.e. May 11.

Realme has teased a lot of Narzo 10-series features over the last many weeks. So, we have a fair idea of what to expect from the two phones. Realme Narzo 10 and Nazro 10A are expected to share a number of specifications, however, there are going to be several differences between the two phones as well. As per the teasers, Realme Narzo 10 and Narzo 10A smartphones will carry 5,000mAh battery that will support fast charging. The company is also likely to bundle a fast charger in the box.

Additionally, Realme has noted that the two phones will feature a 6.5-inch display with a waterdrop-style notch. This screen will enable the phones to have 89.8 percent screen-to-body ratio. Further, the teaser images show the presence of triple rear cameras on the Narzo 10A, whereas the Narzo 10 will come with four cameras on the back. The main shooter on the Narzo 10 is teased to include a 48-megapixel image sensor. The company is also touting the presence of A-class processor in the Narzo 10 phones; however, it hasn’t revealed the exact processor make.

Apart from Realme teasers, we have seen plenty of leaks and rumours to paint a decent picture of the Narzo 10-series phones. Narzo 10 is said to be powered by MediaTek Helio G80 SoC and come in two RAM options – 3GB and 4GB, whereas Narzo 10A will reportedly use MediaTek Helio G70 SoC with a single 3GB RAM option. Both phones are also said to run on Android 10 with Realme UI and sport HD+ (720×1,600 pixels) resolution screens. The camera setup on the Realme Narzo 10 is tipped to include an 8-megapixel ultra-wide-angle camera, a monochrome sensor, and a macro camera apart from the 48-megapixel main shooter. The Realme Narzo 10A is rumoured to carry 12-megapixel main shooter.

Realme is hosting the online launch on May 11 at 12:30pm. The launch will be livestreamed on Facebook and YouTube. At the time of writing, the livestream links were not live, however you can check out the Realme Facebook page or its YouTube channel on May 11 to catch the webcast of the event. The Narzo 10 launch livestream details will also be available on the event page on the company website.

Flipkart will be the exclusive third-party e-retailer to sell the Narzo 10 and Narzo 10A phones in India, as is pretty apparent from these teasers. Additionally, Realme will also offer the phones via its own website and partner offline retailers. Notably, until the lockdown norms are relaxed throughout the country, the sales of these phones will be restricted to orange and green zones that have been marked by the government.