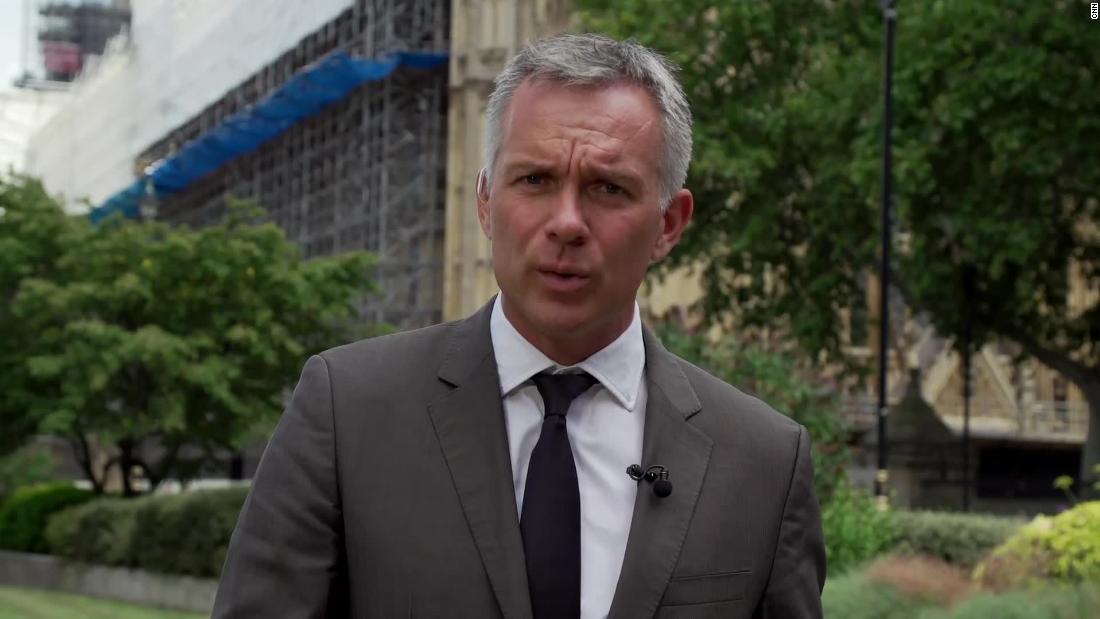 British security services were distracted by the post 9/11 terrorist threat and didn’t give sufficient priority to Russia’s attempts to gain influence in the UK, which Moscow regarded as one of its top intelligence targets, the UK parliament’s cross-party Intelligence and Security Committee said.

British politicians allowed rich Russians with deep ties to the Kremlin to gain influence and access in London, using it as a “laundromat” for illicit funds. Cultural institutions, PR firms, political groups and even real-estate agents became unwitting stooges of the Russian state, the report says.

“Russian influence in the UK is the new normal,” the report concludes. “Successive governments have welcomed the oligarchs and their money with open arms, providing them with a means of recycling illicit finance through the London ‘laundromat’, and connections at the highest levels with access to UK companies and political figures,” the committee said in a press release accompanying the report.

The findings are the result of an eight-month investigation into Russia’s influence in UK politics and public life. The report was delayed when Prime Minister Boris Johnson called a general election as it was being completed. The committee has been critical of the delay in publication.

Among the committee’s expert witnesses were former MI6 spy Christopher Steele, author of the explosive Trump-Russia dossier that painted a picture of widespread conspiracy of collusion between the Trump campaign and the Russian government, a document that Trump has dismissed as “phony” and full of lies.

In one key section of the report, dealing with the Brexit referendum, the British government is accused of failing to conduct a thorough inquiry into allegations of a Kremlin-sponsored influence campaign.

“We have not been provided with any post-referendum assessment of Russian attempts at interference,” the report says, redacting a clause that followed. “This situation is in stark contrast to the US handling of allegations of Russian interference in the 2016 presidential election, where an intelligence community assessment was produced within two months of the vote, with an unclassified summary being made public.”

The report said that British intelligence agencies didn’t see the security of UK voting process as part of their role because they feared the issue was a “hot potato.” One of the members of the committee, Stewart Hosie, told reporters in a press briefing that the government was afraid of what such an investigation might show.

The committee called on the UK intelligence community to produce and make public an assessment Russia’s role in the Brexit referendum.

In its response, the UK government rejected the committee’s calls for such a probe, saying it received regular updates of all threats considered hostile state activities. “We have seen no evidence of successful interference in the EU Referendum,” the statement said.

“Where new information emerges, the government will always consider the most appropriate use of any intelligence it develops or receives, including whether it is appropriate to make this public. Given this long-standing approach, a retrospective assessment of the EU referendum is not necessary.”

The report also contains a redacted section on whether Moscow attempted to interfere with the 2014 Scottish independence referendum, referring to “credible open source commentary” related to “what some commentators have described as potentially the first post-Soviet Russian interference in a Western democratic process.”

But the next sentence trails off into a string of asterisks showing the report has been redacted: “We note that — almost five years on — ***.”

The document, with a redacted annex, was based on interviews behind closed doors with experts and members of the country’s intelligence community. Johnson was accused of blocking its publication ahead of last year’s general election, in which his Conservative Party won a landslide victory.

Opposition politicians accused the government of a cover-up, saying it could raise awkward questions about the validity of the Brexit referendum in 2016 and expose the alleged Russian connections of some in the ruling Conservative party.

Opening the press conference that launched the report’s publication, Kevan Jones, a Labour MP who sat on the committee under its previous chairmanship, said that the report’s delay was because Johnson failed give his permission for the report to be published in the standard 10 days after its submission to Downing Street.

Various explanations offered by the government for the report’s delay were “categorically not true,” he said. The delay had “fueled speculation” around what the report might say about Russian involvement in the 2016 Brexit referendum.

Many of Johnson’s team inside Downing Street worked on the victorious Vote Leave team, the official Brexit campaign during the 2016 referendum, including his most senior adviser, Dominic Cummings. Since the referendum there have been numerous accusations that the Vote Leave campaign, which was fronted by Johnson and contained many members of his current cabinet and political advisers, misled the public on a range of subject from the economic realities of Brexit to immigration. The delay of the report and subsequent speculation that it contained a smoking gun tying Brexit to Russia would therefore have been potentially damaging to many of the most senior figures in the government.