The European Union was working on various options to take depending upon how Ukraine crisis unfolds but did not know for sure what Moscow was going to do, said an official quoted by Reuters.

The official said that talks between US and Russia were “not yielding a lot  but that dialogue with President Vladimir Putin was still open via the leaders of Germany and France.

The official, who spoke under condition of anonymity, said the harsher the EU sanctions against Russia would be in case of a military invasion, the biggest hit for the bloc should Moscow retaliate.

Russia continues to maintain military presence of more than 100,000 troops near Ukraine. Although it claims that it did not have invasion in mind, various statements from the Russian camps are being taken to be an effort towards creating a pre-text.

Frantic diplomacy is on to prevent potential military conflict on European soil.

US national security advisor Jake Sullivan said “a major military action could begin by Russia in Ukraine any day now” while adding that it could start with “a significant barrage of missiles and bomb attacks and innocent civilians could be killed” even as both Germany and the United States threatened sanctions.

Several countries including Britain, Ireland, Belgium, Luxembourg, Japan, Israel, Saudi Arabia and UAE have asked their citizens to leave Ukraine even as Russia has recalled some of its diplomatic staff over what it called fears of “provocations”. 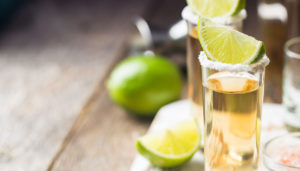 Next post Where Can You Get the Most Expensive Tequila