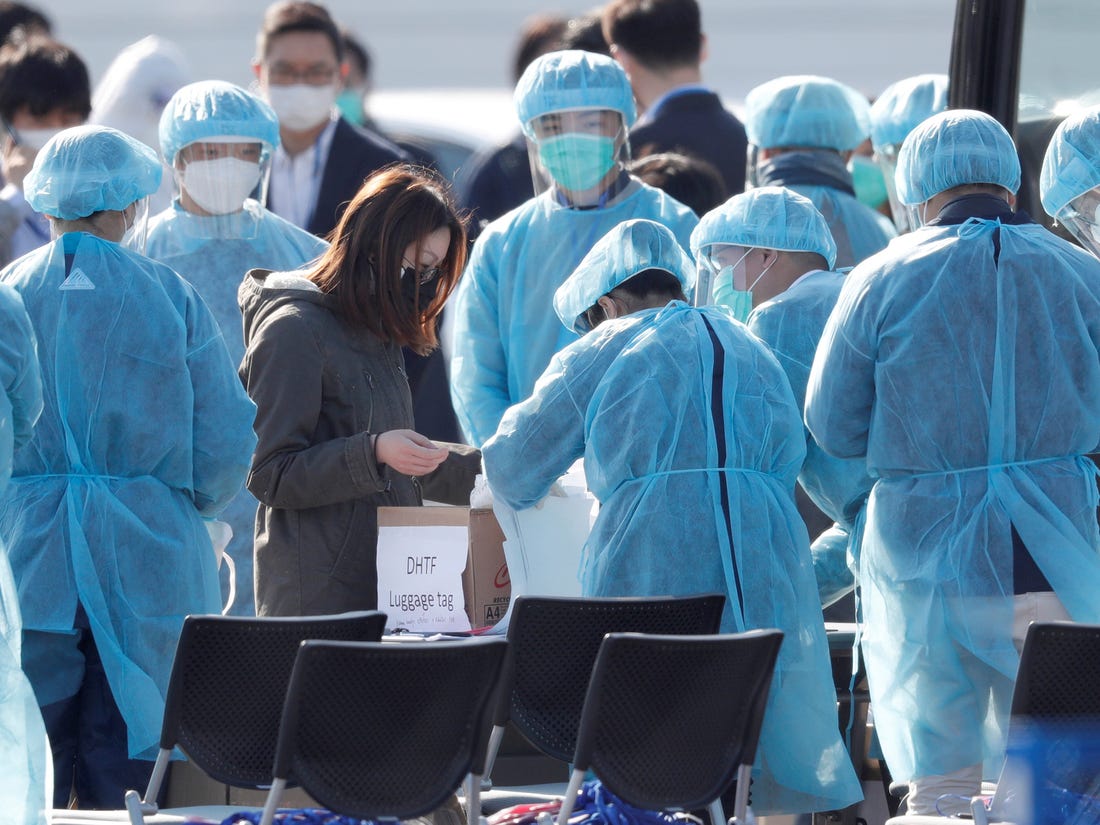 Those aboard The Diamond Princess have been ordered to stay in their rooms for the duration of a 14-day quarantine after 20 cases of coronavrius were confirmed on board.

The outbreak appears to have started with a passenger who rode the ship in an earlier portion of the cruise, got off in late January, and was later confirmed to have the virus.

Later tests found 10 cases on board, and then another 10 as of Wednesday, according to the Los Angeles Times.

Several passengers posted on social media to share their experiences.

One, David Abel, posted several videos to his Facebook page from his cabin. He appeared to be in good spirits when the quarantine was first announced and even joked that it was two extra free weeks of vacation.

However, he noted that he was lucky to have a room with a balcony. Many passengers in cheaper rooms do not even have windows to the outside.

“Can you imagine? It would be liked being locked in a wardrobe, wouldn’t it?” he told the Washington Post. “No fresh air. No natural light. It really must be a living hell for them.”

Abel, who is diabetic, expressed concern over meals, specifically about getting enough carbs to maintain his blood-sugar levels.

Honeymooners Alan and Wendy Steele, told the Post they were offered stale bread and ham for lunch, “a far cry from the meals that had been offered throughout the cruise.” The described themselves as going “stir crazy.”

The Post reported that one day breakfast was not served till 11 a.m., with calls for room service unanswered. Passengers are not allowed to leave their cabins to get anything for themselves.

Some worried for their health. Masako Ish ida told The New York Times that authorities who performed health exams on all the passengers on board “didn’t seem to take it very seriously.”

According to Princess Cruises, the tour operator, those with confirmed infections were taken off the ship to hospitals in Japan.

Ishida told the New York Times that she first heard of the quarantine from an online news article rather than from cruise staff.

The Steele’s, told the Post that they relied on other passengers and the news for information. Alan said the public address system was not communicating with them.

“We’re basically being treated like we’re prisoners and criminals at the moment; that’s how we feel,” he told the Post.

In his videos, Abel said passengers were given free internet, calls, and in-cabin entertainment to pass the time.

Instead of remaining docked, the ship headed out to sea to produce fresh water and dispose of its septic material, Princess Cruises said.

Another twitter user, Yardley Wong, who is also on the cruise ship tweeted “14 days #Quarantine inside #diamondprincess near #yokohama begins. Still shocked and scared. But better precautions. Have faith in the crews and captain.”