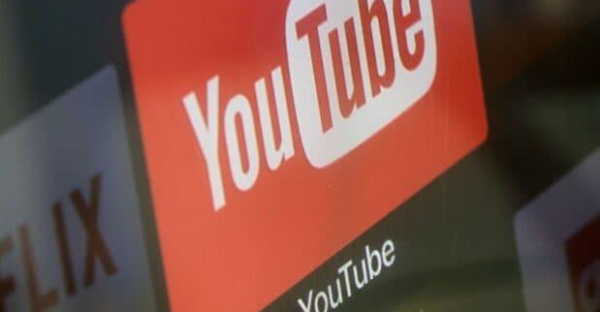 YouTube took action this week after advertisements that featured videos posted by Belarusian authorities of detained journalist and dissident Roman Protasevich and his partner Sofia Sapega ran on the platform, according to Rest of World.

Protasevich and Sapega were arrested in Minsk on Sunday after Belarusian officials sent a fighter jet to divert a Ryanair flight from Athens to Vilnius the couple was traveling on, sparking international outrage. In the following days, Belarusian authorities released videos of both Protasevich and Sapega talking about organizing mass protests against President Alexander Lukashenko last year.

“I think he was forced. It’s not his words, it’s not his intonation of speech — he is acting very reserved, and you can tell he is nervous,” he said.

Following the release of the videos, several Twitter users noticed YouTube ads that showed footage from the Belarusian-released statements from Protasevich and Sapega.

Rest of World traced the ads to a pro-Belarusian government channel whose name translates to “Belarus, country for life.” The patriotic channel has fewer than 2,000 subscribers and features content praising Belarusian security forces and mocking opposition leader Sviatlana Tsikhanouskaya. Protasevich and Sapega’s videos are both featured on the channel as well.

Screenshots posted on social media suggest the advertisements directed viewers to a Telegram channel of pro-government content with nearly 80,000 subscribers, according to Rest of World. Another Twitter user shared a screenshot of an apparent advertisement that featured Sapega’s confession video as well.

A spokesperson for YouTube’s parent company, Google, told Rest of World’s Louise Matsakis that the company had taken action against both of the advertisements for violating its content policies.

“YouTube has always had strict policies around the type of content that is allowed to serve as ads on our platform,” a spokesperson told Matsakis. “We quickly remove any ads that violate these policies.”

Google’s publicly available guidelines on “Sensitive Events” say it does not allow ads that “potentially profit from or exploit a sensitive event with significant social, cultural, or political impact, such as civil emergencies, natural disasters, public health emergencies, terrorism, and related activities, conflict, or mass acts of violence.”

The platform has previously come under fire for both its content and advertising practices. The site has traditionally allowed political advertisement, though Google temporarily banned all political ads after the 2020 election.

According to Rest of World, social media users last year complained online about advertisements on YouTube promoting Belarusian government propaganda that appeared to come from the same “Belarus, country for life” channel. The company reportedly did not respond to Matsakis’ questions about any past action against the channel.