The sequel to James Cameron’s Avatar, titled Avatar The Way of Water review clearly stats that, it is a breathtaking spectacle while having a jam-packed narrative. So those waiting for Avatar 2, its time to hit the cinema as this movie will be a worth watching. I have shared my full review below so better to check it out first or you can avoid it if you don’t like spoilers!

Whoever thought that a 10-foot-tall blue alien would be such a sight for sore eyes?

But the moment we re-encounter Jake Sully and his Na’vi companions, the 13 years that have passed since James Cameron’s brilliant “Avatar” first hit theaters in 2009 fade away like the best kind of friendly reunions.

That’s because the new sequel, called “Avatar: The Way of Water,” is as visually exhilarating and sweepingly told as its predecessor. The plot is more emotionally vigorous, and you’ll once again leave starry-eyed and in disbelief over what you’ve just seen.
movie review

Avatar The Way of Water Review

Spending more than a decade pining for Pandora was worth it. Cameron has delivered the grandest movie since, well, “Avatar,” and with an over-three-hour runtime that never sags. What better way for struggling cinemas to regain their footing than with a gargantuan film that so celebrates the glory of the big screen?

“Way of Water” shares a lot in common with the director’s other phenomenal sequels, 1991’s “Terminator 2: Judgment Day” and 1986’s “Aliens.” He incorporates the passage of time (like Ripley waking up after 57 years), transports us to a new environment (a la exomoon LV-426) and introduces a family dynamic (remember little John Connor?).

It’s a formula, to be sure, but a damned near perfect one.

For “Way of Water,” we skip ahead more than a decade after the events of the original film, and are whisked to the ocean where we meet Pandora’s sea clans, in particular the people of Awa’Atulu. Meanwhile, Jake (Sam Worthington) and Neytiri (Zoe Saldana) are now parents of four children, three of whom are on the verge of adulthood.

Jake must protect his kin when militaristic humans whom they kicked off the planet — the “sky people” — return to seek revenge and again lay waste to the Eden that is Pandora.

Oldest child Neteyam (Jamie Flatters) is a warrior in training, younger Lo’ak (Britain Dalton) is a petulant Jan Brady-style disappointment and Tuk (Trinity Jo-Li Bliss) is the little girl. The couple adopted teenage Kiri (Sigourney Weaver), who has a mysterious past. And complicating their battle with Earth is Spider (Jack Champion), a human boy who stayed behind years

There is stronger character development and drama here than the first film, which grumps like to point out was indigo “Dances With Wolves,” and the motion-capture acting, especially from the funny kids, is better. Some viewers will find the reintroduction of Quaritch (Stephen Lang) as the villain a stretch, but it’s science fiction — the whole shebang is a stretch.

Cameron never pumps too much plot into his epics — no Tesseract or Multiverse here, thank God — and instead embraces universality and powerful images to move his audience. Lo’ak’s coming-of-age story involving a behemoth sea creature is not only touching, but gorgeously reminiscent of Elliott and E.T., Harry Potter and Buckbeak the hippogriff and “Pete’s Dragon.”

Where the director once again soars — or rather, swims — is his fastidious world-building. The Na’vi of coastal Pandora (one of whom is Kate Winslet) are a light aqua color, rather than blue, and have a wider tail and arms for swimming. And when they dive under water, the bioluminescent flora and fauna are every bit as majestic as the rain forest on land. Cameron always makes it clear where he wants the viewer to look, but every centimeter is covered in the sort of mind-blowing detail that you’d expect after 13 years and $350 million.

Pandora also continues to be brought to life through music that, while composed this time by Simon Franglen, still bows to the wondrous work of the late James Horner.

The climactic action of “The Way of Water” feels full-circle for Cameron, even though he’s hardly retired, with three potential “Avatar” films still on the way. There are undeniable glimpses of “Titanic,” “Aliens” and “T2″ during the harrowing water- and fire-filled sequence. However, with his incredible effects, the director is still breaking new ground for film decades later.

As far as blockbusters go, Cameron remains unsinkable, I  will advice you go and experience this masterpiece in the theaters and enjoy every visual in 3D! 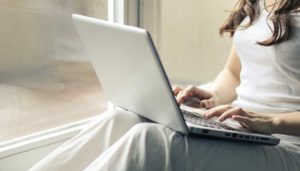