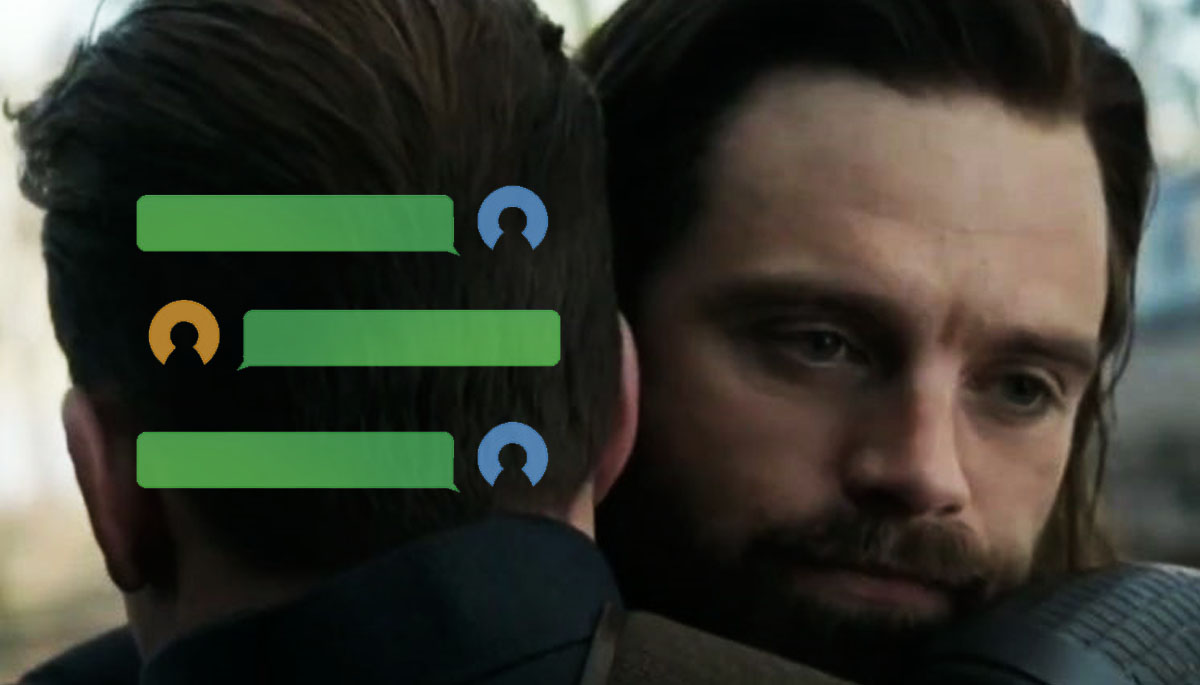 X reader loaded with fans fiction stories which are quite interesting and funny. Let’s get more hands on 40s Bucky Barnes X Reader – “every fight is worth solving.” It is one of the Bucky X Reader fan made fiction stories that is popular and trending among Marvel’s fans!

Every Fight is Worth Solving – Buck Barnes X Reader

Thinking back, you’re not sure how this fight ended up escalating the way it did. You don’t even manage to recall the exact reason you started fighting in the first place. The only thing resting in the very back of your head is the ever so bold memory of Bucky showing up at your door after a mission nobody informed you about.

He was covered in someone else’s blood – again.

Blood on his body sort of became a habit by now, it almost became familiar, and even though you find yourself relieved that it’s never his own, you could still easily relinquish the sight of darkly dried blood staining his clothes and skin, making him look like he just barely survived a massacre.

Today, it had even reached the gaps between the metal tiles of his left arm, which you helped him clean off afterwards – using the special tools Shuri gave you for that exact reason. Bucky rested on the kitchen counter, a pack of ice pressed to his ribs and the bloody strands of hair tucked behind his ears as he watched you work on his arm without allowing your gaze to move for even a second, punishing him with cold eyes, only focusing on the mechanics of his prosthetic.

You wanted to be mad at him the second he stepped into your shared apartment. You wanted to make him feel guilty for not telling you where he went, for leaving you alone with all the worry, making your heart cramp painfully in your chest, never knowing if he was still alive.

You really wanted to yell at him, get rid of some of the tension tightening your throat, but then again you knew he couldn’t use a fight after a day that’s been so obviously crappy. Your perfidious heart forced you to pity him and the fact that his ripped clothes and bruised face made him look like a kicked puppy wasn’t helping.

So you tried keeping it together, swallowing down the anger you felt after hours of not knowing where he was. You tried and you were sure you’d be able to hold it – for Bucky’s sake, for your own sake, for the sake of your relationship.

Thinking back to your intention of keeping peace between the two of you, you again fail to recall how this fight even started.

Things were said that shouldn’t have been said, accusations have been made and hearts have been broken – or at least cracked open around the edges.

You’ve been together for over a year now and yes, you fight – who doesn’t? You fight, you make up, you carry on with your life, but this time it didn’t seem to work that way and it’s easy to say that this was by far the worst fight the two of you ever had, voices rising to volumes even your neighbors would be able to hear.

It ended with Bucky storming into the bedroom like a recalcitrant teenager, slamming the door closed which sent you into a full-body flinch. Considering the strength of his metal arm, you were actually quite surprised he didn’t rip the entire door off its hinges.

Hours later your tears have dried and your muscles relaxed, but you still can’t get the corners of your lips to lift into a less depressing expression as you’re sitting on the sofa, knees pulled to your chest, a cup of tea locked in the firm grip of your cold fingers.

You hate fighting with Bucky, you hate feeling that huge amount of anger towards him when all you really want to do is go and apologies.

You want peace and love and kisses and you want to get informed when he’s going on another suicide mission. You want to get informed about the possibility of never seeing him again because you certainly couldn’t live with yourself if the last words you said to him were ‘I need you to bring toilet paper’ because you once again thought he was just going for a run when really he was heading into the next war zone.

Your mind focuses on the outrageously loud ticking of the clock on the wall right next to the window, while you only distantly realise that it continues to get darker outside. You wonder how long you’ve been sitting on this sofa, staring down at the by now cold tea in your cup and wondering if Bucky fell asleep.

You could go to the bedroom as well … crawl beneath the blanket and snuggle to Bucky’s warm body. You could ignore the fight, forget about it and move on … but part of you, the stubborn part, refuses to move a single muscle towards that door.

You’ll sleep on the couch if necessary, hug yourself and try not to feel too lonely without Bucky by your side.

But no matter what you try, it does feel lonely. In all the time you’ve been with Bucky, you never really noticed how addicted you became to his presence in bed.

The darkness soon envelopes you completely, but your eyes refuse to stay closed for more than a couple of minutes. They fly open every now and then, a deep exhale leaving your throat at the absent tiredness.

After what feels like a small eternity of lying awake, your eyes open again only to see a dim glow falling through the crack of the bedroom door, illuminating the living room only enough for you to make out a dark silhouette making its way towards your position on the couch.

For a moment you think about closing your eyes and pretending to be fast asleep, but he’d notice within seconds, that’s for sure. Bucky’s no one easy to fool.

You follow him with your eyes, cheek resting on the back of your hand. Your knees are pulled closer to your body, leaving you in something coming close to a foetal position as you watch him squat right next to your spot on the sofa, his head slightly tilted as he looks down at you.

His features stay hid in the shadows but you notice his non-bionic hand slowly rising to the height of your face, before he gently runs the back of his fingers over your cheek.

Your eyes stay fixed to his face this whole time but they flutter closed the second his skin touches yours, an almost relaxed sigh leaving your throat.

“You okay?”, you hear Bucky’s raspy voice mumble, sounding loving but at the same time tired and regretful.

You nod without saying a word, slow breaths washing over his face right before he signals you to move over. The couch barely even fits Bucky and his outrageously broad shoulders alone, let alone the two of you combined, but you couldn’t care less because you just so happen to make it work.

A feeling of comfort and safety spreads in your abdomen, warm like a wave of hot tea, as you feel Bucky’s disparate arms wrap around your body to pull you close to his chest, legs tangled with yours.

Even the very last spark of anger vanishes as you feel his skin vibrate against yours, lips carefully forming word after word right next to your ear.

“Hate going to bed like that”, he mumbles, hot breath hitting your neck as he nuzzles his face closer to your skin, “Can’t sleep knowing we’re not okay.”

You push your hands underneath his shirt, palms brushing over the warm skin on his back as you close your eyes and allow yourself to get lulled by his scent and voice.

The slightest of smiles appears on Bucky’s lips, hand moving to the back of your head to calmly run his fingers through your hair.

“’M sorry what I said earlier, doll”, he continues after a moment of silence, voice even lower than before, “Should’ve told you ’bout the mission … thought I’d spare you unnecessary trouble.”

You nod almost unnoticeable, body pressing even closer to his, face now buried in the crook of his neck where your breath sends goosebumps over his skin. “We both said things we shouldn’t have said”, you mumble, “let’s just forget about it.”

Bucky gives you his silent approval by lowering his metal hand to the lower part of your back, a few fingers pushing below the waistband of your shorts before he lets his cool palm rest against your skin, thumb drawing slow patterns.

You feel his lips press against your hair right before his voice forms new words: “Our backs will kill us tomorrow if we sleep on this hell of a couch.”

His words are low and slow and there’s an almost amused tone to his voice that sends a soft smile to your lips. “I know … we should get up.”

You feel his throat vibrate against your lips as he hums in agreement. But you only snuggle closer into each other, eyelids suddenly unbearably heavy and breaths becoming deep and slow within seconds.

Yes, you fight – who doesn’t? But every fight with Bucky is worth solving.

What’s your thought on this Bucky Barnes X Reader? Please let us know in the comment section below and don’t forget to share it with others. 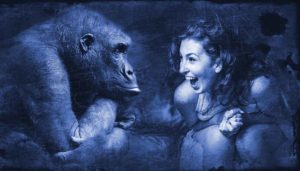 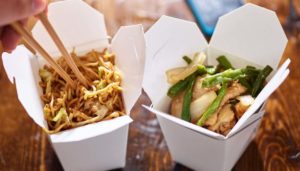 Next post Takeout food you should avoid from any Restaurant