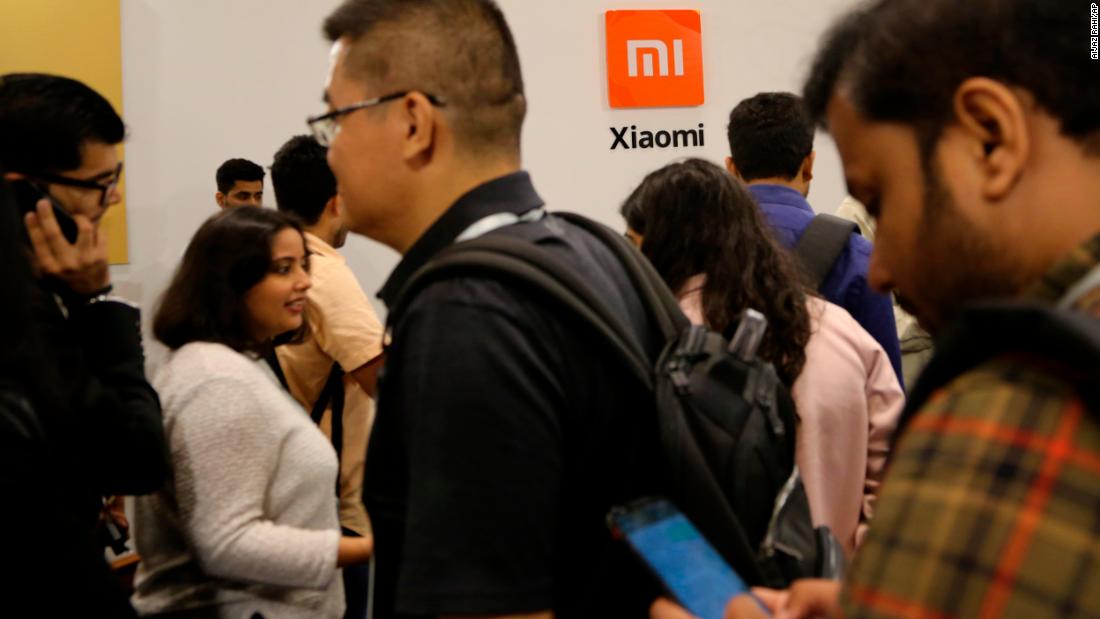 Gateway House estimates that Chinese investors have poured some $4 billion into Indian tech startups since 2015.

“China was hoping to be the dominant player in this internet market,” said Amit Bhandari, fellow at Gateway House and co-author of the report.

India is also key to China’s goal of becoming a dominant force in global tech, according to Sukanti Ghosh, South Asia head for the Washington-based think tank Albright Stonebridge Group.

“I don’t believe anyone has been a loser in this relationship, both countries have gained substantially,” Ghosh said, adding that it “ties in with the Chinese strategy of Asian dominance and its increasing competition with the United States.”

But earlier this year, India signaled it was taking steps to curb China’s growing influence. In April, the government announced that foreign direct investments (FDI) from countries that share a land border with India would be subject to more scrutiny.

Analysts say the new rules are vague. For example, investments in social media platforms that would raise questions about data storage and privacy will likely receive more scrutiny, Bhandari said. The government says the rules are intended to fend off opportunistic acquisitions and takeovers of Indian companies grappling with the fallout from the Covid-19 pandemic.

They also appear to be aimed squarely at China.

Pakistan, India’s arch rival, is not going to invest in India in any meaningful way, according to Bhandari, and the rest of the countries that share a border with India are small and not known for making large investments.

“It was directed at China, but not in a direct way,” he said.

Bhandari said tightening FDI rules was a message to Chinese firms that they can still export software and hardware to India, but they won’t be able to dominate Indian’s internet ecosystem.

Basically, “China will not have a free run in this market,” he said.

The government policy was initially met with skepticism by some in India’s tech sector. Then a cross-border skirmish between Chinese and Indian forces broke out in May, resulting in minor injuries to troops.

The incident — at a remote, mountainous crossing close to Tibet — was the latest in a long line of border flare-ups, and it fueled a fresh round of anti-China sentiment in India. Tensions ramped up considerably on Tuesday, when at least 20 Indian soldiers were killed during a clash with Chinese troops, according to the Indian army.

China is bristling at the negative attention.

State-run tabloid The Global Times said in an article published earlier this month that India’s move to tighten FDI rules “shows the Indian government has been hijacked by domestic anti-China sentiment.”
The tabloid also criticized a recent app downloaded by millions of people in India called “Remove China Apps” that promised to help users scrub Chinese software from their smartphones. Google (GOOGL) yanked it from its app store earlier this month for violating terms.

“If India allows narrow-minded nationalism to spread to the field of science and technology, it will definitely hurt its own interests in turn,” the Global Times wrote.

Chinese companies are seeking to establish a long-term presence in India, and their investments in Indian companies give them an enduring stake in the market, according to a Brookings India report published in March.

“I don’t think there’s a widespread understanding of how difficult it would be to completely reduce India’s reliance on China,” said Ananth Krishnan, former Brookings India fellow and author of the report.

India relies on China for everything “from heavy machinery and all kinds of telecom and power equipment, to active pharmaceutical ingredients,” said Krishnan, who is now a reporter with The Hindu newspaper. In his Brookings report, Krishnan estimated that the total current and planned investment from China into India is at least $26 billion.

Trade between the two countries reached more than $87 billion in the 2018-2019 fiscal year, according to India’s Department of Commerce. China was India’s second largest trading partner that year, just behind the United States.

But the relationship is one-sided. China exports far more to India than the other way round.

“These are structural dependencies on China which boycott campaigns aren’t really going to address,” he said.

Cutting off China could mean job losses for Indians

India’s emergence as the biggest overseas market for Chinese mobile phone companies is one of the most significant developments in China’s relations with India over the past five years.

Last year, four of the top five best-selling smartphone makers in India were Chinese: Xiaomi, Vivo, Oppo and Realme, according to market research firm IDC. South Korea’s Samsung, the only non-Chinese brand, was the No. 2 seller.

The India sales of those top Chinese smartphone brands totaled more than $16 billion in 2019, according to IDC.

And all of them have manufacturing facilities in India. Doing so allowed the Chinese firms to both embrace Prime Minister Narendra Modi’s “Make in India” program and avoid stiff import tariffs. Xiaomi manufactures 95% of the phones it sells in India locally.

“So if you’re talking about cutting down the sales or shipment for these guys, it also impacts the factories that they have in India,” which will “absolutely” affect Indian jobs, said Kiranjeet Kaur, an analyst with IDC.

She added that campaigns urging Indians to boycott Chinese goods have happened before, during previous border skirmishes. But they never put a dent in sales of Chinese smartphones in India.

So even though many Indians are vowing to cut off Chinese hardware and software, “I really don’t think it’s going to change their buying decisions at all,” Kaur said.

“They’re so dependent on these Chinese phone ecosystems, there’s hardly any other choices.”