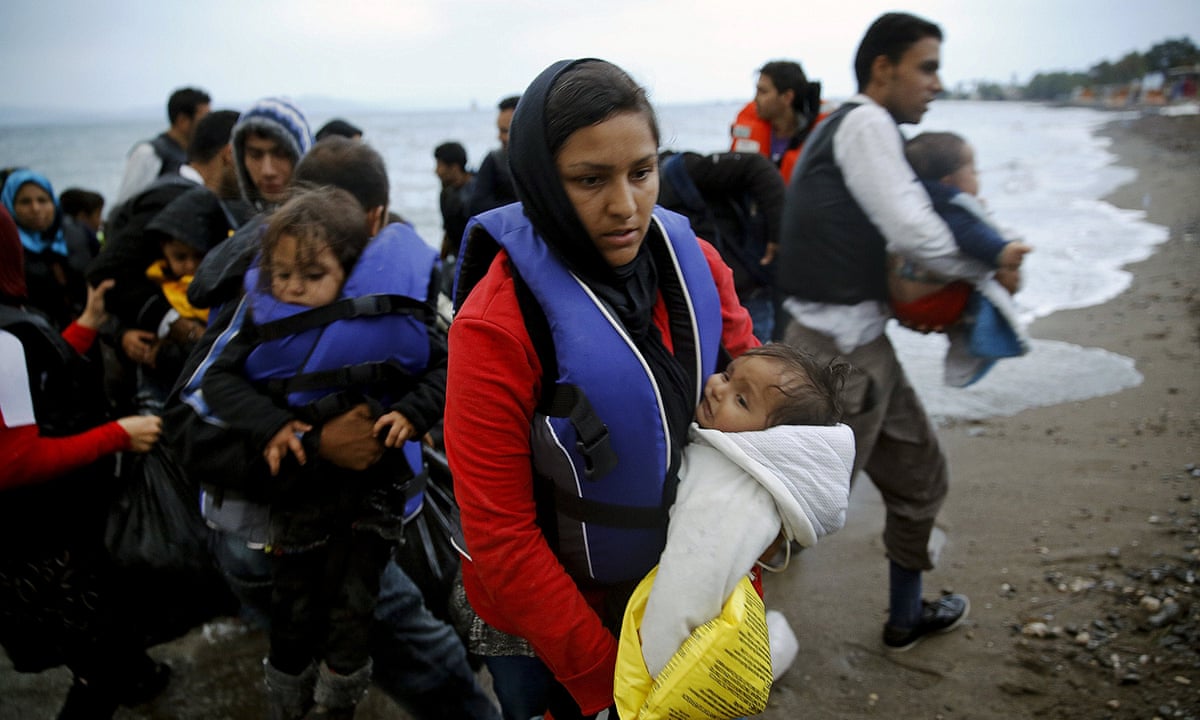 Coronavirus has left countries such as Tunisia facing serious economic hardship and unemployment, while others, including Libya, are dealing with the effects of war. That’s led to an increase in sea arrivals this year in countries including Italy and Malta, according to figures from the United Nations High Commissioner for Refugees (UNHCR). Arrivals in southeastern Europe are also up on 2019, mostly from Syria, followed by Morocco and Iraq.

But European responses have often been brutal. Humanitarian organizations say pushbacks at borders in countries such as Greece, an absence of sea rescues in the Mediterranean and unhealthy quarantine arrangements have created huge challenges. And it comes at a time when movement is harder and more dangerous thanks to travel restrictions and the closure of transport routes and processing centers.

Last week, a man was found dead on Sangatte beach, near Calais in northern France. He and a friend had tried to cross the English Channel, one of the world’s busiest shipping lanes, in an inflatable dinghy with shovels for paddles. The friend said he was just 16, but French authorities said his papers belonged to a 28-year-old Sudanese migrant and an autopsy showed he was an adult. He couldn’t swim, his companion said.

Smugglers previously sent migrants across the Channel on trucks — including 39 Vietnamese people found dead in a lorry in Essex, near London, last October. Sangatte Mayor Guy Allemand told CNN on Wednesday that more people were traveling on makeshift boats “due to the increased surveillance in ports and tunnels” after Franco-British security measures were ramped up last year.

The news came on the same day that at least 45 migrants perished in the deadliest recorded shipwreck off the Libyan coast this year, according to the UNHCR and International Organization for Migration (IOM).

The organizations said there was “an urgent need to strengthen the current search and rescue capacity.”

“Delays recorded in recent months, and failure to assist, are unacceptable and put lives at avoidable risk,” they added.

Migrants have to be on UK soil to claim asylum, and campaigners say they are forced to take desperate steps in the absence of legal and safe routes to entry. Care4Calais, a charity helping refugees in France, tweeted: “We need a way for people’s asylum claims to be fairly heard without them having to risk their lives.”

Journeys in a pandemic

Almost 4,900 people have crossed the Channel in small boats since lockdown began, more than double the amount thought to have crossed in the whole of 2019, according to analysis by PA Media.

The number attempting perilous journeys to other parts of Europe is also rising — Italy has recorded 16,942 sea arrivals so far in 2020, compared with 11,471 in all of 2019, reports the UNHCR.
While the figures haven’t reached the highs of 2015, when the death of two-year-old Syrian refugee Alan Kurdi sparked global outrage, the risks are immense.

“We know that smugglers and traffickers have obviously been impacted by the pandemic and the restrictions that were put in place. But we also know they’re very adaptable,” UNHCR spokesman Charlie Yaxley told CNN.

“That’s a big concern for us because it also means that the refugees and migrants who are taking these journeys are taking more dangerous and more risky routes.”

He said migrants were facing torture, rape and other abuse during land journeys to Libya “by smugglers, traffickers, militias, but also state officials.”

Yaxley said there were currently no rescue ships on the central Mediterranean, or EU programs as in previous years, so migrants leaving Libya by boat were often taken back to Libya by the coastguard to face detention or other rights violations.

But the response from European countries burdened by coronavirus has been icy, with migrants forced back or detained in overcrowded, unsanitary conditions.

UK Prime Minister Boris Johnson said Channel crossings were “very bad and stupid and dangerous and criminal.”
Lawmakers on the Italian island of Lampedusa, which has seen a spike in boats from Tunisia, said beach arrivals were destroying tourism, according to InfoMigrants.

Felix Weiss, from the German NGO Sea Watch, told CNN he understood the anger from businesses already struggling during the pandemic.

“But this is stuff that you could definitely avoid,” he said. “Just disembark them, and then find a solution where they can go in Europe.

“There has to be a European solution,” he added. “This is a European failure.”

Weiss said conducting rescues had become “a nightmare” during lockdown because of countries including Italy and Malta blocking boats and refusing to act themselves.

Officials say migrants should quarantine for 14 days on ferries, but some have been kept on unsuitable pleasure boats or oil tankers. Migrants with health issues who have endured detention in inhumane conditions have been stranded for up to six weeks, said Weiss.

In July, 180 migrants were evacuated to Italy from a Sea Watch ship after suicide attempts and threats of riots. “People are traumatized,” said Weiss. “The Ocean Viking can take persons for a few days … but we are not trained to have really bad psychological cases.”

“Managing the migrants’ flow has been more difficult due to Covid emergency,” Lamorgese added.

Greece is accused by Turkey and organizations including Human Rights Watch of pushing boats carrying hundreds of migrants back into Turkish waters between March and July.

HRW said several asylum-seekers reported being picked up from Greek islands by the coastguard, forced onto inflatable rafts with no motor, and cast adrift near the border.

“Instead of protecting the most vulnerable people in this time of global crisis, Greek authorities have targeted them in total breach of the right to seek asylum and in disregard for their health,” said Eva Cosse, Greece researcher at HRW.

Greek ministers told the European Parliament’s Civil Liberties Committee in July that reports of officials using violence and even shooting at migrants were “fake news,” underlining the key role the country plays in “keeping EU borders safe, always respecting fundamental rights.”
Greek Prime Minister Kyriakos Mitsotakis denied sea pushback reports in a CNN interview last week, saying the country had “a tough but very fair” border policy and that Turkey had “weaponized” the situation by opening its borders in early March. He said any incident that was not in line with government instructions would be investigated, adding that Europe needed to work with Greece.

Many migrant camps and centers pose a major risk for the spread of coronavirus.

On July 30, 129 migrants tested positive for Covid-19 at a camp in Treviso, in Italy’s Veneto region. Lampedusa’s 90-person capacity camp currently has 1,300 residents, according to Weiss.

After more than 200 migrants ran away from a camp in Sicily last month, the region’s governor Nello Musumeci warned in a statement of an “unsustainable situation,” saying “the issue of migrants has also become a matter of public order and health.”

The Italian government agreed to send the military to Sicily, while the UK’s Ministry of Defence said it had received a request from the Home Office to support its Border Force, which is working to make Channel crossings “unviable.”
Rescue boats have faced vigilante mobs at Greek islands in recent months. Cosse told CNN that migrants had been quarantined for months at island camps, which are at four times their capacity with more than 24,000 residents.
Border Violence Monitoring Network, a collection of NGOS and associations, raised concerns in a July report over the militarization of borders.

It said that during lockdown, “inequality has been sharpened for transit communities, further limiting access to asylum, healthcare, adequate accommodation, and safety from brutal collective expulsions.”

European Commissioner Ylva Johansson said allegations of violence against asylum-seekers across the EU must be investigated. “We cannot protect our borders by violating people’s rights,” she said.

Yaxley said the situation was still “very manageable,” but there needed to be “EU solidarity with those Mediterranean coastal states through relocation programs … so that there’s a sharing of the distribution of the responsibility.”

“There’s a real need for compassion and humanity.”