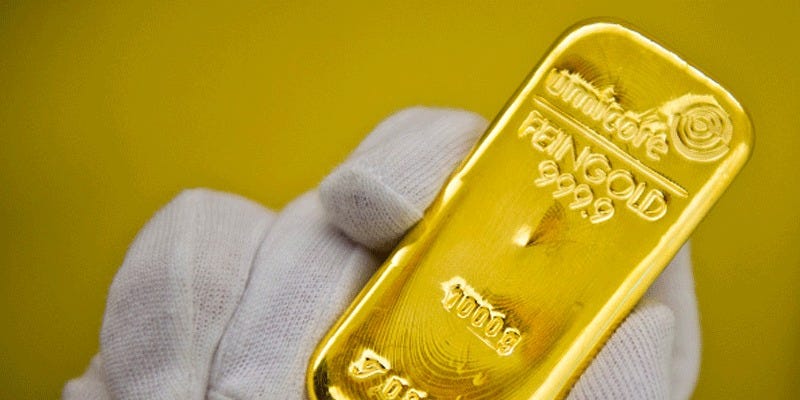 Gold prices could explode more than 90% and hit $4,000 in the next three years as central banks show little sign of reducing monetary stimulus, according to the CEO of US Global Investors.

G-20 finance ministers and central banks are “working together like a cartel and they’re all printing trillions of dollars,” he added.

Expansive monetary policy is usually supportive for gold prices, as it tends to drive down borrowing rates.

As gold does not yield any interest of its own, when borrowing and savings rates are low, investors lose out less from holding bullion than they otherwise might when rates are rising and other assets offer more attractive yields.

Gold has been the darling of financial markets in 2020. The price has rallied for 10 straight weeks, marking its longest stretch of gains since late 2002. Since late July, it has broken record after record, fuelled in part by a breakdown in geopolitical relations between the US and China that has sent investors flocking to safe havens.

Gold broke the $2,000 mark for the first time ever last week. The price has gained more than 30% so far this year, making it one of the best-performing commodities and outpacing even the tech-heavy Nasdaq, which has risen by 18%.

Expectations of another US stimulus bill also helped boost the price.

Yung-Yu Ma, chief investment strategist at BMO Wealth Management, said while he expects the trajectory of prices to still slope upwards, he warned a number of factors could erode gold’s shine and trigger a reversal.

Ma told CNBC Monday: “We’re just cautious extrapolating these current factors … especially when we know there are two big events on the horizon that could change that trajectory. One is, of course, the vaccine development, and the other is the elections.”

“We think … especially the vaccine has potential to shift some of those positive factors that are working right now in the favor of gold,” he said.

Analysts have previously told Business Insider that US presidential elections, a vaccine and improving geopolitics are some of the factors that could reverse the rally in gold.

Third Bridge Group, a US-based research provider, has said gold prices may sink below $1,600 after after the US election.

But analysts at data provider Refinitiv said last week any delay to the US elections, as US president Trump has suggested, may cause fresh uncertainty and could be a factor continuing to support gold prices.