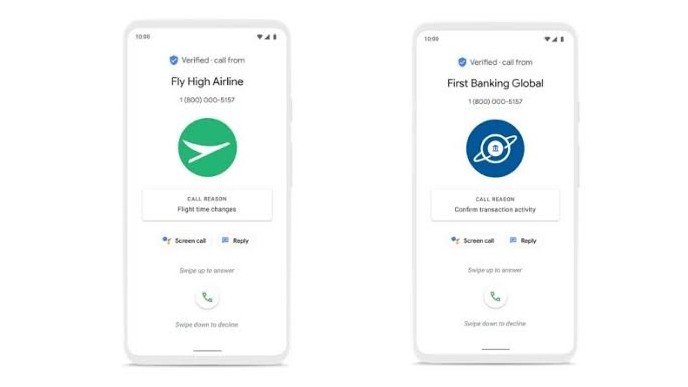 Google on Tuesday announced Verified Calls, a new feature in the Phone app on Android devices, which will identify calls from genuine business numbers in an attempt to tackle phone fraud. This is a serious problem in India and many parts of the world, and Google’s verified calls will show you the identity of the caller, as well as the reason for the call, the search giant wrote in a blog post. It will be rolling out around the world, starting with India, Mexico, Brazil, Spain, and the US, Google wrote.

According to Google’s blogpost about Verified Calls, spam and scam calls erode trust in businesses and increase costs to consumers. It noted, “a 2019 FTC report found that phone calls were the number one way people reported being contacted by scammers. While most people said they hung up on those calls, those who lost money reported a median loss of $1,000.”

This is a huge problem in India as well, and served as the inspiration for the Netflix series Jamtara, named after the ‘phishing capital of India’. In 2019, the erstwhile Maharani of Patiala answered a call from an unknown number, and got scammed for Rs. 23 lakh. The issue is widespread, and this is the exact problem that Google hopes to address with the new Verified Calls feature.

Verified Calls is a feature of the Phone app on Android, which is typically pre-loaded on most phones, but will also be available for download later this week, in case your phone manufacturer chose to go with a custom dialler. When you get a call from a verified business, you will see the name, a verification symbol (a white tick on a blue shield), and the reason for calling.

Google added in its blogpost that this is displayed in a secure manner, and that Google does not store or collect any personally identifiable information after verification. This feature brings Google into competition with Truecaller, whose immense popularity in India is at least partly because it is so helpful for avoiding scam calls.

Verified Calls goes one step beyond Truecaller though, by also showing you the reason for the call — that’s very helpful because a call from your ISP about a complaint is something you’ll want to answer, but you may choose to ignore a call about new plans.

Google has been piloting Verified Calls for a few months now, and its results show that people are more likely to answer calls with this feature enabled, which also means that businesses will have to face fewer ignored calls. This should provide businesses with an incentive to make use of the feature.

“For instance, banks calling to alert a customer about a possible fraudulent transaction can increase answer rates by stating the call reason. A food delivery or logistics company can do the same to make sure customers are available to receive their deliveries,” Google noted in its post.