NASA has released a huge new report that astronomers are calling Hubble’s magnum opus. Analyzing 30 years of data from the famous space telescope, the new study makes the most precise measurement yet of how fast the universe is expanding.

Astronomers have known for the better part of a century that the universe is expanding, thanks to the observation that galaxies are moving away from us – and the farther away they are, the faster they’re traveling. The speed at which they’re moving, relative to their distance from Earth, is a figure called the Hubble constant, and measuring this value was one of the primary missions of the space telescope of the same name.

To measure the Hubble constant, astronomers study distances to objects whose brightness is known well – that way, the dimmer it appears, the farther away it is. For relatively close objects within our galaxy or in nearby ones, this role is filled by Cepheids, a class of stars that pulse in a predictable pattern. For greater distances, astronomers use what are called Type Ia supernovae – cosmic explosions with a well-defined peak brightness.

In the last few decades, measurements of these objects has allowed astronomers to calculate the Hubble constant to be around 70 km (43.5 miles) per second per megaparsec (/s/Mpc). Essentially, a galaxy one megaparsec (about 3.3 million light-years) from Earth will be moving away at 70 km per second, and that speed grows by 70 km/s for each megaparsec away.

For the new study, a team of scientists has now gathered and analyzed the most comprehensive catalog of these objects so far, to make the most precise measurement of the Hubble constant yet. This was done by studying 42 galaxies that contained both Cepheids and Type Ia supernovae, as imaged by the Hubble telescope over the last 30 years.

“This is what the Hubble Space Telescope was built to do, using the best techniques we know to do it,” said Adam Riess, lead scientist of the team. “This is likely Hubble’s magnum opus, because it would take another 30 years of Hubble’s life to even double this sample size.”
These 36 galaxies, imaged by Hubble, all contain both Cepheid stars and Type Ia supernovae, the two main markers used to calculate the Hubble constant

From this work, the Hubble constant that the team calculated was 73 km/s/Mpc (45.4 miles), give or take just 1 km/s/Mpc (0.6 miles). That brings the uncertainty down to just 1.4 percent, far more accurate than other measurements. This new precision can help astronomers improve models of cosmology, including better estimates of the age of the universe and what its future might hold.

“The Hubble constant is a very special number,” said Dr. Licia Verde, a cosmologist who wasn’t involved with the study. “It can be used to thread a needle from the past to the present for an end-to-end test of our understanding of the universe. This took a phenomenal amount of detailed work.”

However, one major mystery persists. The Standard Model of Cosmology predicts that the Hubble constant should be much slower – around 67.5 km/s/Mpc (41.9 miles). This has even been backed up by observations of the background radiation left over from the Big Bang. The discrepancy seems to come down to where in the universe we look – in our local area the constant is faster, while in the distant universe it’s slower, even after accounting for the known acceleration of expansion.

It might sound like the easiest explanation is that someone’s made a mistake, but strangely enough, both cases are very solid. Instead, astronomers suggest that new physics could be at work. Thankfully, we might not have to wait too long to uncover new clues to the mystery – NASA’s upcoming James Webb Space Telescope will be able to study these same markers from greater distances and in higher resolution than Hubble.

So that’s all about the Hubble opus analysis universe expansion. You can get the pdf copy regarding this research from here and guys if you liked it then don’t forget to share it with others. 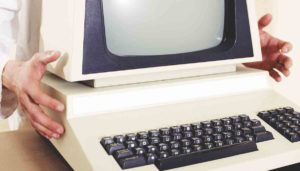