Scientists observe for the first time that how the live cells responding to magnetic fields. How the birds and other creatures navigate by sensing the Earth’s magnetic field? This was a mystery for a long time, but now there are some proven theory which clears how the navigation is possible?

Magnetoreception, or the capacity to detect magnetic fields, is often considered to be one of the most extraordinary “sixth” senses found in the animal kingdom; nonetheless, its precise mechanism of operation is still poorly understood. Now, researchers in Japan may have unearthed an important piece of the jigsaw. They made the first observations of live, unaltered cells responding to magnetic fields, which is a significant step in the right direction.

It is known that birds, bats, eels, whales, and possibly even humans are able to navigate by sensing the magnetic field of the Earth. Some research suggest that people may also be able to do this. On the other hand, the specific mechanism that is at work in vertebrates is not completely understood. One theory proposes that it is the outcome of a mutually beneficial relationship between the bacteria that detect magnetic fields and the creatures that use them.

However, the most widely accepted theory proposes that chemical reactions are triggered inside of cells by a process known as the radical pair mechanism. When certain molecules are energised by light, electrons can effectively hop from one molecule to the next until they reach their neighbours. This can result in the formation of radical pairs, which are pairs of molecules that each have a single electron.

It is believed that the chemicals that go through this radical pair mechanism in the live cells of animals that can sense magnetism are termed cryptochromes. Researchers from the University of Tokyo have recently witnessed cryptochromes reacting to magnetic fields for the very first time.

HeLa cells, which are a laboratory-grown line of human cervical cancer cells that are frequently employed for investigations of this nature, were the subject of the team’s work. Flavin molecules, which are subunits of cryptochromes and glow when exposed to blue light, were the primary focus of their investigation.

After causing the cells to glow by irradiating them with blue light, the researchers passed a magnetic field over the cells at regular intervals of four seconds each. In addition, the fluorescence of the cells decreased by around 3.5 percent each time it swept across them.

The team believes that this dimming is proof that the radical pair mechanism is active in the system. When activated by light, flavin molecules will either create radical pairs or fluoresce depending on which process occurs first. The magnetic field causes a greater number of the radical pairs to share the same electron spin states, which in turn slows down the rate at which their chemical reactions occur and reduces the overall fluorescence.

Jonathan Woodward, who was involved in the research as a co-lead author, stated that “we have not modified or added anything to these cells.” “We think that we have really strong evidence that we’ve observed a purely quantum mechanical process that affects chemical activity at the cellular level,” the authors write. “This is a very exciting development for us.”

According to the team, the magnetic field that was employed in the trials was about equivalent to that of a standard refrigerator magnet, which is significantly greater than the magnetic field that is naturally present on Earth. However, and this is where things get interesting, lesser magnetic fields can actually make it simpler for the electron spin states to interchange places in radical pairs.

Because of this, it is possible that the radical pair mechanism is at work in animals that have magnetoreception; however, additional research will be required to determine this with certainty. 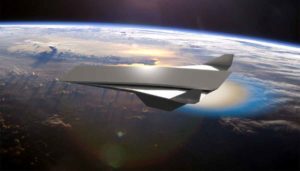