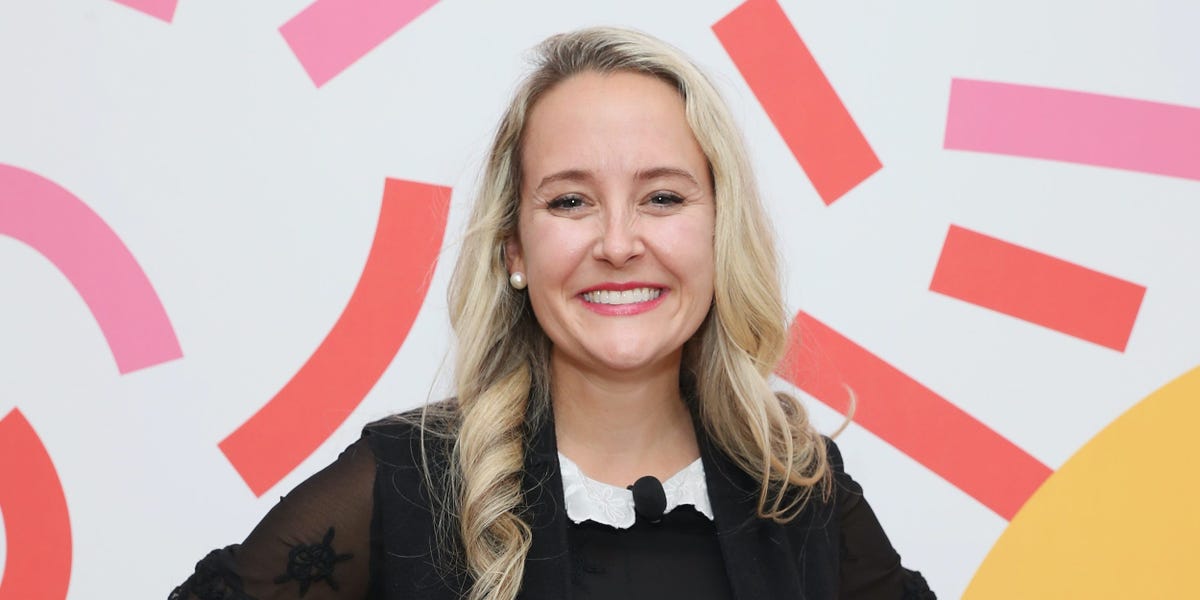 Alexa von Tobel has always felt strongly that too many people are shut out of the stock market. She felt this as a 23-year-old who didn’t have $5,000 to open a brokerage account. She felt it while building LearnVest, a financial planning startup she launched in 2009 and sold in 2015 to Northwestern Mutual for what she says was ultimately $375 million. In fact, von Tobel — who two years ago launched her own venture firm with fellow entrepreneur and former U.S. Secretary of Commerce Penny Pritzker —  cares so much about the yawning gap between investors and non-investors that she has written books about how to take control of one’s money. (Perhaps unsurprisingly, she is also a certified financial planner.)

Little wonder that in late January, for a podcast that von Tobel routinely hosts for Inc., she interviewed Robinhood Vlad Tenev about the company’s quest to make investing accessible to all and how it had shaken up the brokerage landscape in the process. Neither foresaw what would happen days later, when a Reddit community of amateur investors didn’t try to occupy Wall Street so much as turn it upside down by using Robinhood, in part, to drive up the share price of companies like GameStop and AMC Theatres — then unwind those positions. As a 21-year-old college student who lost $150,000 over the course of several days told the outlet Vice, “This whole thing has numbed me to money.”

What happened? Education, in the view of von Tobel, who says it never became an integrated part of bigger picture. While the GameStop saga has “brought a lot of new learnings and new things that people have to process and consider,” paramount among these is the inadequate financial training that Americans receive.

“I want the tools to be democratized, where everyone can get equal access to the financial system,” said von Tobel in a lively chat with us late last week that you can hear here. “But I also want equal education, and that’s where we’re woefully falling behind as a society. It’s not taught in high schools, colleges, or grad schools. Very few schools even teach the basics.”

The issue only grows more important to address each year, she says. People are living longer, and they’re more responsible than ever for their financial well-being. Meanwhile, because of innovations in fintech, including at Robinhood — which became wildly popular very quickly precisely because it dispensed with many of the barriers to participating in the stock market — there is little to keep someone from making lousy decisions with outsize consequences.

So what’s to be done? For starters, she suggests that society begin to place as much emphasis on financial health as physical wellness. “If you’re close to having a major health crisis, doctors do a really good job of saying, ‘Here’s all the things that you need to do to protect yourself; here’s what needs to happen. The same needs to exist in the financial world.”

It will take a number of stakeholders, she believes. One of these is “platforms – all of them — that provide you with [financial] tools and resources, so you can understand the kind of risks you’re taking on [to the extent] that they can provide it.”

Another, she said, is regulators, including the Consumer Financial Protection Bureau. Created in 2010 to safeguard consumers in banking, mortgage, credit card and other financial transactions, the CFPB’s very constitutionality was called into question by the Trump administration, yet its guidance is sorely needed, suggests von Tobel. (“Regulation is always a step behind, and that’s a little bit of what we’re feeling” as a society right now.)

Of course, the third and biggest stakeholder of all is the U.S. educational system, says von Tobel, adding that “you need all three, working in unison” in order to have real impact.

As for any structural changes in the meantime that von Tobel thinks should happen — according to CNBC, for example, Robinhood is preparing to lobby against a trading tax that’s been floated as a way to dampen some of the frenzied activity seen in recent weeks — she declines to “pontificate too much.”

Still, she said she thinks that “getting a Citadel and everyday Americans on equal footing is where we want to end up,” and she isn’t without hope that we’ll get there.

For example, she thinks crypto is “here to stay” and that the infrastructure being created around it will be positive for innovators as well as end users. She’s also expecting “self-driving wallets” that pay bills and make investments to become the new normal, and she thinks they could minimize some of the financial distress we might continue to see otherwise.

Considering the chaos of late, the latter almost sounds too easy, but the “wallet is simply a math equation every day,” she says. “If you have so much [money] available free, where should it go? What’s the most optimal place? It’s a math equation that updates every single hour, and I do think elements of it will be self-driving based on your goals and what you want to accomplish.”

As she puts it, “I can’t wait for the day that that actually exists in a way where it automates on its own. I do believe that’s the future.”