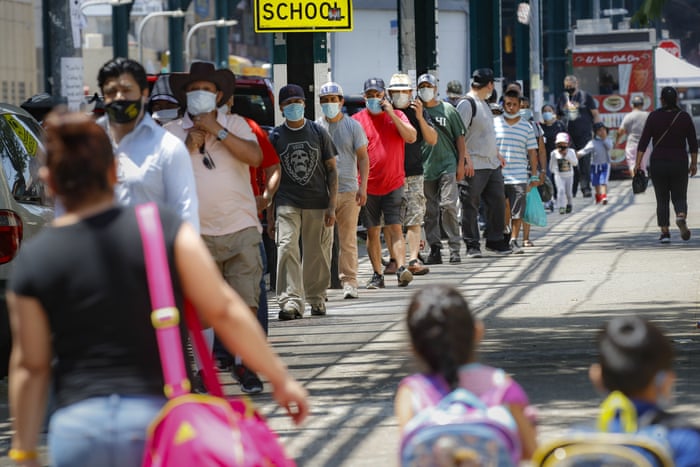 Starting from 11:59 p.m. on Wednesday, residents in metropolitan Melbourne will no longer be allowed to leave their homes unless it’s for grocery shopping, caregiving, exercise or work, Victoria State Premier Daniel Andrews announced Tuesday.

The measures, which are expected to remain in place for six weeks, come as the state of Victoria saw another record rise in daily coronavirus cases, with 191 new infections recorded for Tuesday. The state reported its previous high of 127 new cases on Monday.

“We know we’re on the cusp of something very, very bad if we don’t get on top of this,” Andrews told reporters in Melbourne on Tuesday, describing the surge in case numbers as unsustainable.

“I think a sense of complacency has crept into us as we let our frustrations get the better of us. I think that each one know someone who has not been following the rules as well as they should have. I think each of us know that we have got no choice by to take very very difficult steps,” Andrews said.

Victoria had previously reimposed local lockdowns on dozens of suburbs around Melbourne. On Monday, authorities announced the border between Victoria and New South Wales (NSW) — Australia’s two most-populous states — will be closed on Tuesday night, effectively cutting off Victoria from the rest of the country.

Border restrictions will also apply to metropolitan Melbourne and Mitchell Shire, a regional area of Victoria, on Wednesday night to limit the spread of the outbreak across the state, Andrews said.

“We’ve talked about this virus being like a public health bushfire. By putting a ring around metropolitan Melbourne, we’re essentially putting in place a perimeter to protect regional Victorians,” he said in a statement.

“It’s clear we are on the cusp of our second wave and we cannot let this virus cut through our communities.”

Under the new lockdown measures, cafes and restaurants that were allowed to reopen weeks ago will return to take away and delivery only. Beauty and personal services will be closed, as well as cultural and entertainment venues.

Schools will extend their holiday for another week, but senior secondary school students and students at specialist schools will return to school as planned on Monday.

“This is not where any of us wanted to be, but we have to face the reality of our situation. To do anything else would have deadly consequences,” Andrews said.

Of the 191 new cases detected on Tuesday, 13 came from the nine public housing estates under a “hard lockdown.”

About 3,000 residents in the densely populated towers were suddenly put under a total lockdown on Saturday night, not allowed to leave their homes for any reason. So far, a total of 69 cases have been detected in these estates, and authorities aim to test every single resident.

“The strategy here is to complete the testing and then as soon as possible, once that testing is complete, to have those nine towers moved to the same footing that the rest of Melbourne will move to at 11.59pm tomorrow night — a stay-at-home with four reasons to leave,” Andrews said.