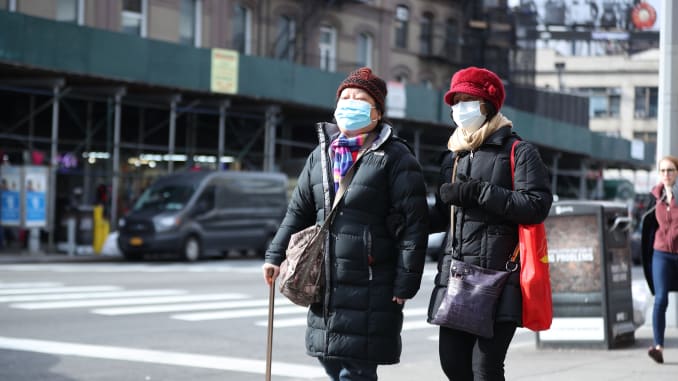 The patient is under 40 years old and is in stable condition at the Bellevue Hospital Center in Manhattan, the New York City Department of Health said.

Officials said in a Twitter thread that the person had recently traveled from China and had symptoms such as a fever, cough, and shortness of breath.

The testing should take a minimum of 48 to 36 hours, the officials said, since it needs to be conducted by the Centers for Disease Control and Prevention.

If confirmed, the NYC patient would be the ninth case of coronavirus in the United States, amid a global outbreak that has infected nearly 14,400 as of late Saturday.

So far, 304 patients have died — all of them in China, where authorities have quarantined the entire city of Wuhan, where the virus originated.

The virus has spread to at least 24 countries so far, and every single province and territory in China.

US officials have confirmed eight cases so far, in Massachusetts, Arizona, California, and Washington.

NYC officials urged residents to seek medical care immediately if they traveled to Hubei province in China and felt sick with a fever, cough, or difficulty breathing.