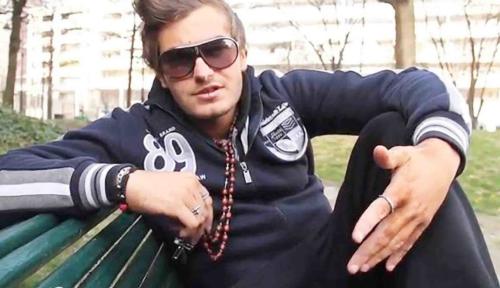 Everything About Dorian Rossini

Dorian Rossini is a true millennial who has worked the Internet game to his liking. Dorian was born on December 13, 1990, in Paris, France. He currently has two albums, Religion and Starmania, that contain songs such as “Je Suis Dieu” (translated as “I am God”) and “Musculation Yeah Yeah.” His songs are in the tradition of the relatively new genre, electronic dance music or EDM. One might ask: “Why did these songs make Dorian Rossini famous when they are written in French, a language that is used mostly by the French?” The answer is simple: his popularity as a controversial Internet sensation precedes his singing career.

Dorian became famous for many stunts that he pulled off successfully and, to some extent, funnily. First, he appeared naked in one of the casting shows of Angels, a reality television show meant for young celebrities. He then starred in other television and social media shows and segments. One of the most popular ones would be the interview he had with Jeremestar. In this video, controversially, he claimed to be as good as God and, at one point, the reincarnation of God himself. This created an uproar among many people. However, instead of being shunned and despised, people began following him and he eventually became an internet sensation. There are hardly any other appearances from Dorian, but his remarks catapulted him to fame and fortune and kept him there. His albums are now on Spotify, and, and to this day, he continues to rack up more internet followers for the kind of satirical, comical videos and songs that he makes.

What is Dorian Rossini doing now?

After all of the drama he caused on the internet and popular French TV shows, Dorian Rossini retired from showbiz. From a young man who claimed to be the reincarnation of God at 21, Dorian Rossini is now 29. In a recent interview with a French magazine, Nextplz, he said that he regrets acting like he did because it hurt his family and his reputation, as well as his love life. He’s claiming that none of what he did represents his real identity and that the extravagant Dorian Rossini was a character he created for entertainment. Furthermore, he added he wants to find a girl that likes him for who he is today, not what he did in the past. He last starred in the TV show Les Enquêtes de TPMP in 2017 after which he faded from the public eye. Dorian Rossini currently works in the food industry.

How to make selfies with Dorian Rossini?

This question is a testament to the kind of satirical controversy that Dorian Rossini made himself. He aimed to elicit controversy when he proclaimed himself to be God or the reincarnation of God. Because of this, many people, particularly from the religious sect, were enraged.  However, others saw his claims as another side to his humor, and many people would take photos of Rossini, photoshopping them with their own. In a way, Rossini’s singing career and divisive fame on the internet, are what made Dorian funny and so famous at the same time.

How to have a series on the Dorian Rossini character on Netflix?

If you were to type the question “How To Have a Series On The Dorian Rossini Character On Netflix?” the same search results as “How To Make Selfies With Dorian Rossini?” would show up. This is probably owing to the idea that Dorian Rossini is pulling off the same stunt on you. Like the glory and fame that he achieved through calling himself the reincarnation of God, any person, celebrity, or entity would, of course, like to have a video, TV series or program with him. However, there is no such show or program on Netflix, and the make-believe idea that Dorian is pulling off has likewise resulted in further fame and followers for this Internet sensation. Furthermore, many of his fans and followers are likely interested in helping Dorian land his own Netflix show so they can watch his daily life by creating an internet hype about it.

How much is Dorian Rossini’s net worth?

Internet sensation, Dorian Rossini has a net worth of around $500,000 to $1,000,000 dollars, owing primarily to his albums, extended play recordings, and proceeds from his internet earnings.

What is Dorian Rossini’s nationality?

Dorian was born in Paris, France, making his nationality French.

How many kids does Dorian Rossini have?

He does not have children yet.

Is Dorian Rossini married or single?

Dorian is single – for now! He recently announced that he’s been single since January 2020.

How tall is Dorian Rossini and how much does he weigh?

Looking for more on Dorian Rossini?

If you’re looking for more news, gossip or scandal on Dorian Rossini, or even to get in touch with him? Just ask and we will do our best to oblige.