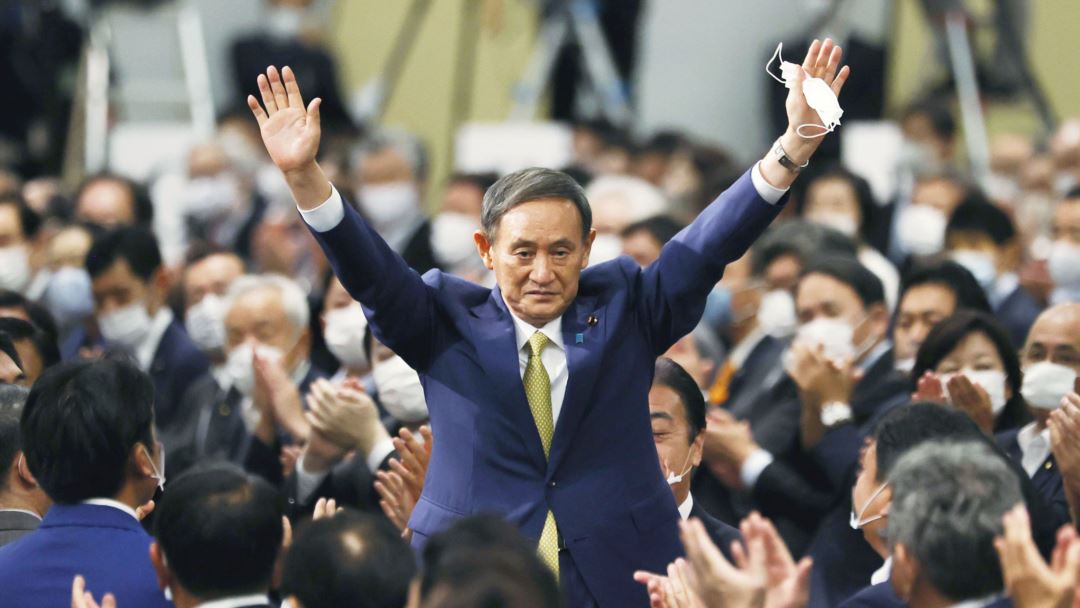 Yoshihide Suga is seen by many political analysts as the front runner to replace Prime Minister Abe, who announced last month he was stepping down due to complications related to colitis, a non-curable inflammatory bowel disease that he was able to manage for most of his tenure.

The ruling Liberal Democratic Party (LDP) will vote on Monday to choose his replacement. Japan is not a presidential system — the country’s leader is chosen by parliamentarians, so the next LDP leader, whoever that is, should have an easy path to becoming prime minister.

Former foreign minister Fumio Kishida and former defense minister Shigeru Ishiba are also running. If Suga is chosen, it will mark the pinnacle of an incredible and unlikely political career for the 72-year-old.

Suga and Abe’s careers have been tied for nearly a decade since the latter became prime minister in 2012. Abe went on to become the country’s longest-serving leader since the end of World War II.

Suga was Abe’s right-hand man the entire time, serving as the Prime Minister’s cabinet secretary, a role akin to a combination of chief of staff and press secretary.

But the two could not be more different stylistically. Abe is the charismatic scion of one of Japan’s most prominent political dynasties, an important asset in a party political system that values pedigree. His father was a foreign minister, and he’s related to two former prime ministers.

Suga is the son of a farmer, and he’s known as a pragmatic, behind-the-scenes deal maker. He grew up in the rural Akita prefecture, and moved to Tokyo after high school. He then worked a series of odd jobs — including one at a cardboard factory and another at the famed Tsukiji fish market — to save money for university, which he went on to attend part time while working.

Suga entered the fast-paced, punishing world of Japan’s salary men after graduation, but it didn’t last. Politics was what shaped and impacted the world, and that’s what he wanted to do.

So he decided to run for city council in Yokohama. Though he lacked connections and political experience, he made up for it with gumption and hard work. He campaigned door-to-door, visiting about 300 houses a day and 30,000 in total, according to the LDP. By the time the election rolled around, he had worn out six pairs of shoes.

Suga’s rap has changed little since that campaign. Today he’s known as a successful political operator, who can be relied on to get things done — qualities that made him an excellent right-hand man to Abe.

He was an important ally to the Prime Minister’s efforts to enact a series of economic policies known as “Abenomics” — a combination of monetary stimulus, increased government spending and structural reforms, meant to jump start Japan’s stagnating economy.

If chosen to be prime minister, Suga is expected to be something of an “Abe substitute,” said Kazuto Suzuki, a vice dean and professor of international politics at Hokkaido University.

Suzuki said it’s possible members of the LDP are trying to capitalize on a brief spike in Abe’s popularity after he announced his resignation; Abe’s approval ratings had been heading south beforehand. A poll by the Mainichi, one of Japan’s biggest newspapers, before Abe’s resignation announcement found that 58.4% of people surveyed were not content with his handling of the pandemic. And his approval rating had dipped to 36%, the lowest since 2012.

Brad Glosserman, an expert on Japanese politics, said Suga has not yet shown “he’s in any way a real departure from both the Abe line or even out of the mainstream of the LDP, in general.”

“He’s got a very good story … He’s very much a self-made man. The question, however, is the degree to which he has a personality that can shine through,” said Glosserman, the author of “Peak Japan: The End of Great Ambitions.”

That could prove a tough task. Abe is stepping down amid widespread discontent of his handling of the coronavirus pandemic and the ensuing economic crisis, which has provided his political opponents with an opening.

Major issues, such as massive government debt and an aging population, loom large and despite Abe’s public calls for reforms for gender equality in the workplace, critics say he did not manage to address the country’s gender gap or resolve issues that prevent greater participation of women in the economy and politics.

If elected, Suga could be forced to sell himself to the public very soon. The government must hold another general election by October 2021, but Defense Minister Taro Kono said Wednesday that snap elections could be called as early as next month.

“No one knows really who this man is. He’s labored behind the scenes,” Glosserman said of Suga. “He hasn’t yet developed and presented an image to the Japanese public that they’re going to be able to rally behind and support.'”