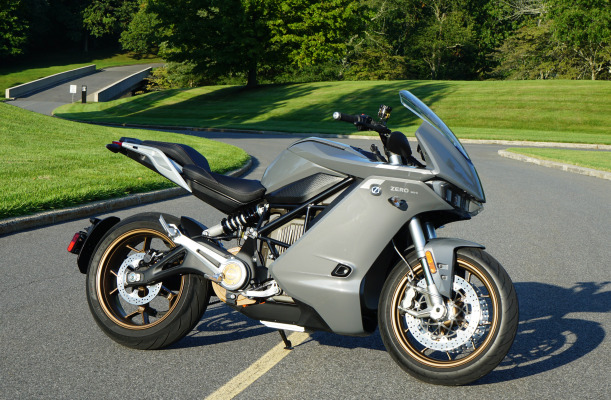 Zero’s 2020 SR/S could be your EV sport bike or sport-tourer. Unveiled earlier this year, the all-electric motorcycle brings performance attributes of both classes — with a unique list of pros and cons compared to gas-powered peers.

The SR/S also adds to the business mission of its manufacturer, Zero. The California based EV company has raised $137 million (according to Crunchbase) towards its aim take electric motorcycles mass-market.

TechCrunch took home Zero’s new SR/S for an extended test. That follows a good amount of saddle time last year in the motorcycle’s predecessor, the 2019 SR/F naked bike. At first glance, it appears Zero simply slapped a fairing on the SR/F to create the SR/S, but there’s more to it than that.

The two motorcycles are identical in many ways. They share the same trellis frame, wheels/tires, drive-train, battery, motor, charging and operating system. But in addition to the fairing, there are some small changes that yielded a distinctly better riding experience. I’ll get to that.

First, on the common specs, like the SR/F the SR/S has roughly the same top-speed of 124 mph, the same 140 ft-lbs of torque and a charge time of 60 minutes to 95%, with the six kilowatt premium charger option (a $2K upgrade).

Both the Zeros are IoT motorcycles. You can manage overall performance — including engine output and handling characteristics — through digital riding modes and from a mobile app. Each EV also has Bosch’s stability control system, which includes cornering ABS and traction control.

The major differences on the SR/S over the SR/F are the addition of the full-fairing, a more relaxed (upright) riding position (through a lower foot peg and higher bar positioning) and a 13% improvement in highway range, from improved aerodynamics (according to Zero). The Scotts Valley company also customized the suspension presets on the SR/S for the fairing and altered ride position, a company spokesperson told TechCrunch. The fairing brings around 20 pounds more weight to to the SR/S over the 485-pound SR/F.

While I loved the overall look and performance of Zero’s SR/F, I found the SR/S to be an even better e-motorcycle — at least for my preferences. The SR/S’s upgraded riding position increases leverage and maneuverability on the motorcycle, which translated into more comfortable long rides and better handling on twisty roads.

Similar to the SR/F, and characteristic of high-performance e-motorcycles, Zero’s SR/S brings mongo torque and lightning acceleration, sans noise or fumes. With fewer mechanical moving parts than a gas bike — and no clutch or shifting — the e-moto’s power delivery is stronger and more constant than internal combustion machines. You simply twist and go.

It’s also possible to adjust and adapt to the motorcycle’s regenerative qualities to change the way you tackle curvy rides. Regen braking not only adds power back to the battery, but also lets you dial in how much the SR/S’ motor slows down when closing the throttle. It takes some finesse, but the net result is the ability to fly through corners in a smoother manner than a gas motorcycle — with little to no mechanical braking — by simply rolling off and on the throttle. 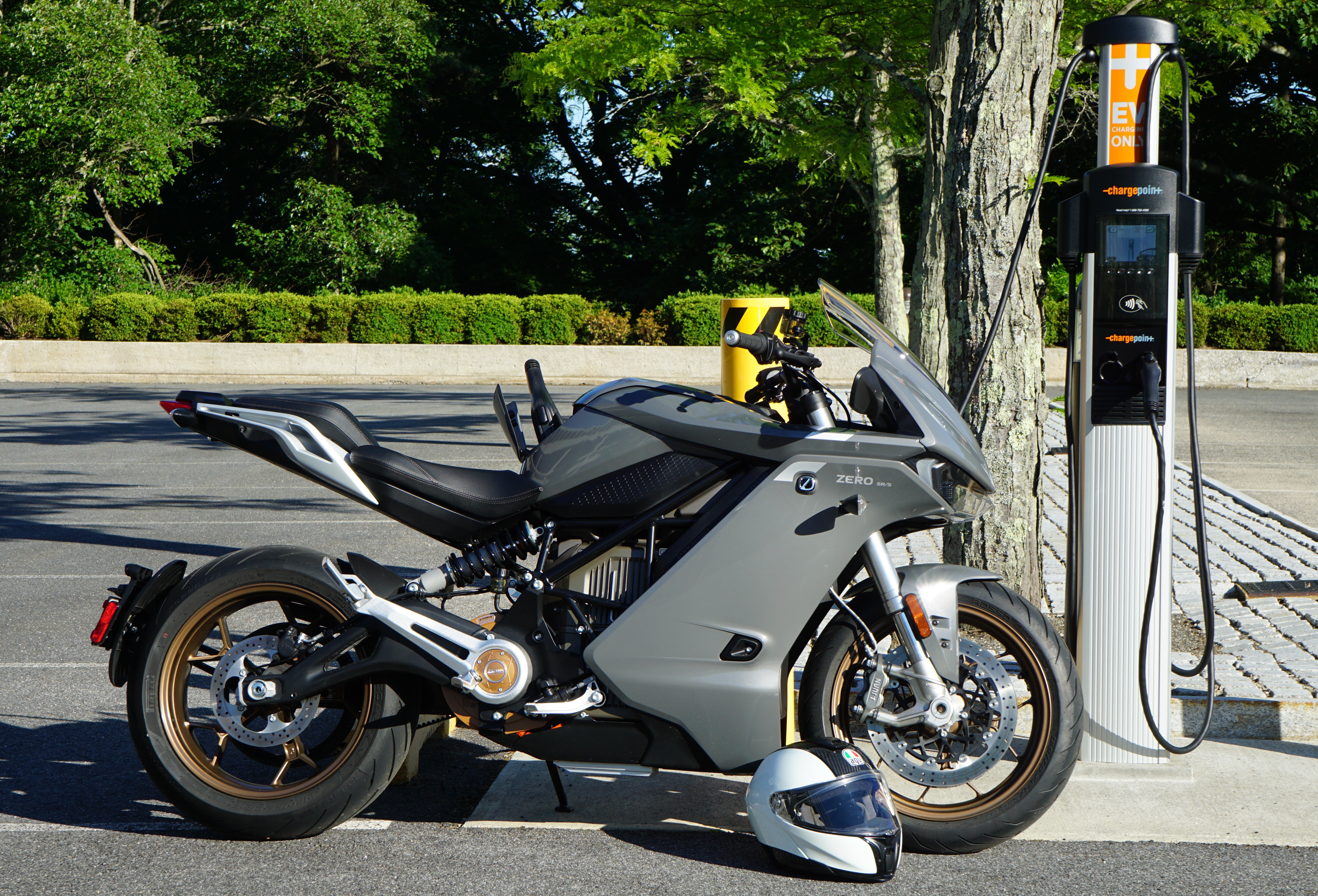 On range, it’s likely possible to get Zero’s advertised 161 max miles on the SR/S by keeping it in the Eco mode — with lowest power output and highest regen braking — and sticking to stop and go city riding. That’d be pretty boring, however and I didn’t test it. Over several months with the SR/S, I was able to average around a 100 miles of range by using a combo of riding modes — Eco for errands and Sport for speeding on country roads. Charge times using a 6 kW Level 2 charger came out to around an hour to an hour and twenty minutes, depending on how low the state of charge was.

On SR/S specific gripes and likes, there were a couple things on the negative side. Similar to the SR/F, I found the stopping power of the motorcycle’s four-piston, twin calipers up front to be strong, but the rear J-Juan brake soft. Zero could have also offered some different color schemes, beyond gray or dark blue, to better accentuate the motorcycle’s smooth lines. One of the company’s leading dealers, Hollywood Electrics, appears to agree on that one and started offering custom versions of the SR/S in bright white or red.

My biggest likes about the SR/S were the improved performance, versatility, and rider experience Zero was able to deliver with the fairing, peg/bar mods, and suspension setup. I did all kinds of riding on the motorcycle in and around New York and Connecticut: from commuting and backroad blasting to highway jaunts. The SR/S take the upsides of riding electric motorcycles to another level. The fairing eliminates a great deal of wind resistance. On the highway, the SR/S cruises effortlessly in the 80 – 90 mph range —  with no engine noise — giving a sensation of surfing quietly on air, vs. forcing your way through it.

The bike has the power and performance to be a weekend sport bike and a comfortable enough riding position to add some rear bags and double as an EV sport-tourer. With the e-motorcycle benefits, however, you still have to accept some compromise and inconvenience, namely around range and charging. Most gas sport and sport-touring motorcycles will get over 200 miles on a tank and top up in minutes. With the SR/S, you’d need to accept about half that range, searching for charging stations and finding something to do for about an hour when you find one. So yes, electric motorcycles do have some superior performance attributes, but they still bring trade-offs to internal combustion two-wheelers.

A boost for Zero

Zero’s latest entries — the SR/F and the SR/S — come at a time when startups are pushing the motorcycle industry toward electric.

In 2020, Harley-Davidson became the first of the big gas manufacturers to offer a street-legal e-motorcycle for sale in the U.S., the $29,000 LiveWire. Italy’s Energica has been expanding distribution of its high-performance e-motos in the U.S. And Canadian startup Damon Motors debuted its 200 mph, $24,000 Hypersport this year, which offers proprietary safety and ergonomics tech for adjustable riding positions and blind-spot detection. 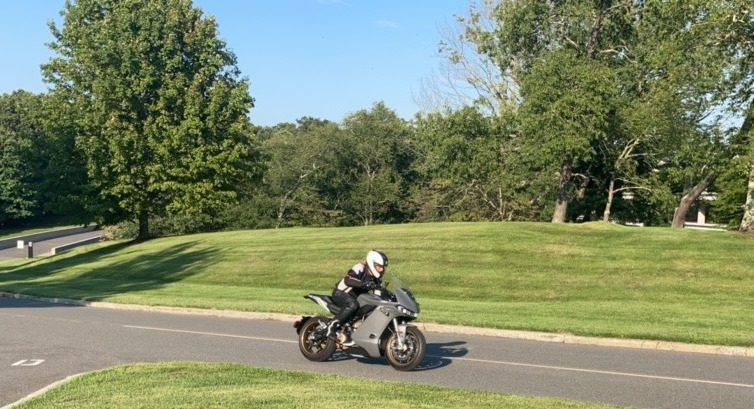 It’s not evident there’s enough demand out there to buy up all these new models, particularly given the Covid-19 induced global recession. But however competition between e-motorcycle sellers plays out, Zero has given itself an advantage with the SR/S. By upgrading an existing platform, the California based company was able to enter two new classes with one model, to offer an electric sport-bike and an electric sport-tourer to the masses.