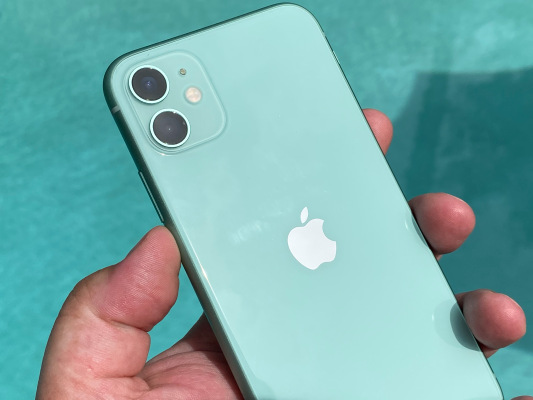 Apple’s marketing of iPhones as ‘water-resistant’ without clarifying the limits of the feature and also having a warranty that excludes cover for damage by liquids has got the company into hot water in Italy.

The Italian competition authority (AGCM) has informed the tech giant of an intent to fine it €10 million for commercial practices related to the marketing and warranty of a number of iPhone models since October 2017, starting with the iPhone 8 through to the iPhone 11, following an investigation into consumer complaints related to its promotion of water resistance and subsequent refusal to cover the cost of repairs caused by water damage.

In a document setting out the AGCM’s decision dated towards the end of October — which was made public today (via Reuters) — the regulator concludes Apple violated the country’s consumer code twice because of what it characterizes as “misleading” and “aggressive” commercial practices.

Its investigation found Apple’s iPhone marketing tricked consumers into believing the devices were impermeable to water, rather than merely water resistant — with the limitations of the feature not given enough prominence in ads. While a disclaimer stating that Apple’s warranty excludes damage by liquids was deemed an aggressive attempt to circumvent consumer rights obligations — given its heavy promotion of the devices as water resistant.

Apple places a liquid contact indicator inside iPhones, which changes from white or silver to red on contact with liquid, and checking the indicator is a standard step undertaken by its repair staff.

The AGCM report cites examples of consumers who’s iPhone had taken a “short dive” in the sea being refused cover. Another complainant had been washing their device under the tap — which Apple deemed improper use.

A third reported that their one-month old iPhone XR stopped working after coming into contact with water. Apple told them they must buy a new device — albeit at a subsidized price.

While an iPhone XS user, with a one-year-old handset who reported it had never come into contact with water was refused coverage by Apple support who said it had, complained to the regulator there’s no way for a consumer to prove their device was not immersed in water for more than the length of time and depth to which Apple’s small print specifies it has water resistance.

We’ve reached out to Apple for comment on the AGCM’s findings.

The tech giant has 60 days from the date it was notified of the regulator’s intent to fine to appeal the decision.

Two years ago Italy’s competition watchdog also fined Apple and Samsung around $15M for forcing updates on consumers that may slow or break their devices. While, this February, France fined Apple $27 million for capping the OS performance of iPhones with older batteries.

Apple has also faced much larger penalties from competition authorities elsewhere in Europe — including being notified of a $1.2BN fine by France’s competition authority in March this year, which accused the tech giant of operating a reseller cartel along with two wholesale distribution partners, Ingram Micro and Tech Data.

Apple also had to stump up as much as €500M in back taxes demanded by French authorities last year.

While some $15BN from Apple’s European HQ is sitting in an escrow account to cover a 2016 European Commission ‘State Aid’ charge that it illegally benefited from corporate tax arrangements in Ireland between 2003 and 2014.

In July Apple and Ireland won the first round of an appeal against the charge. But the Commission filed an appeal in September — meaning the case will go up to the CJEU, likely adding years more of legal wrangling.

EU lawmakers are continuing to work on pushing for global reform of digital taxation, while some Member States push on with their own digital taxes.