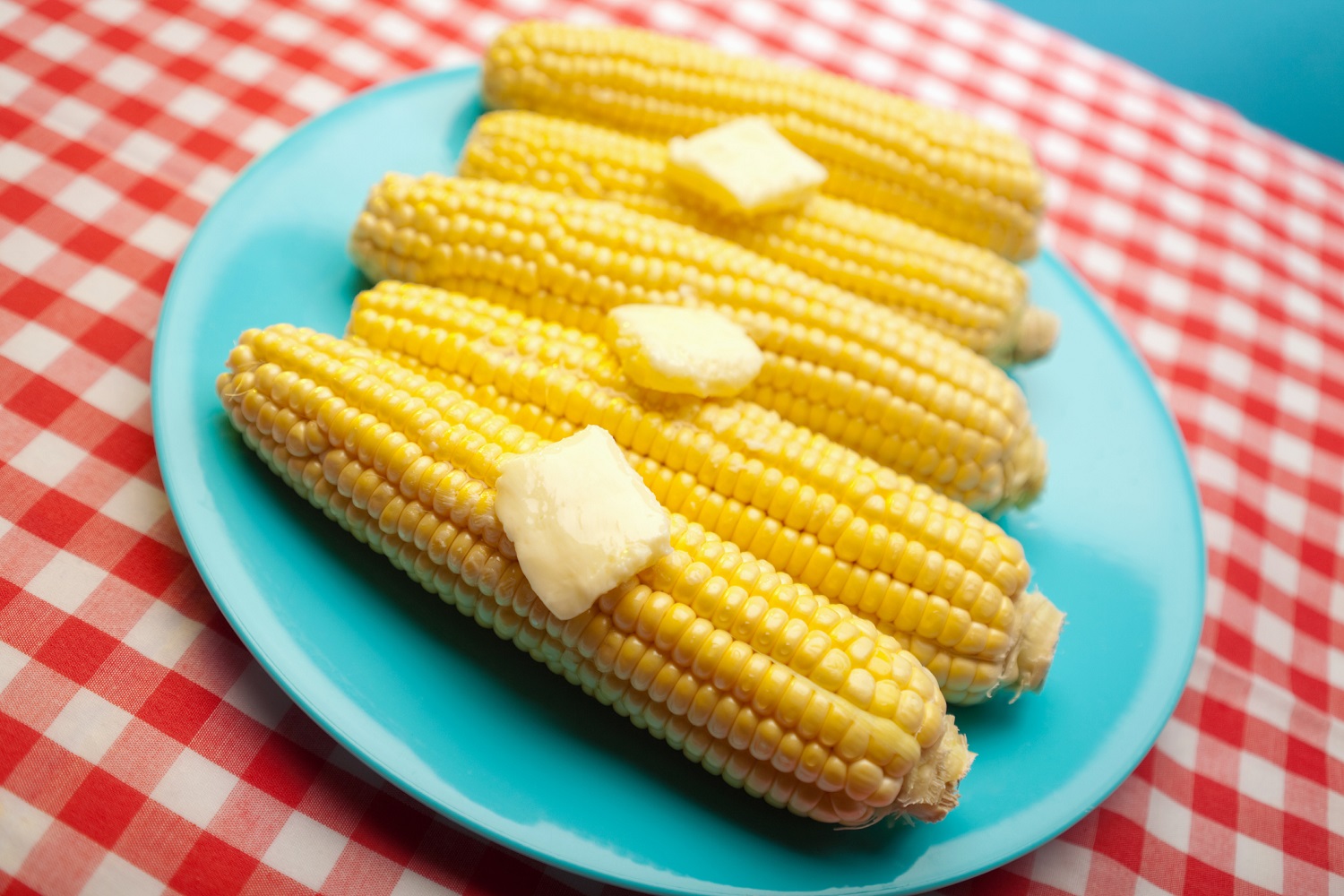 Corn on the cob is definitely among the best summertime produce. It’s crisp, it’s sweet and it’s plain fun to eat. Whether you like it slathered in butter, coated in mayo and chile powder or sprinkled with Parmesan, corn on the cob always tastes good. But if you’re used to buying frozen or canned corn, you may not know how to cook whole corn on the cob.

50 Things You Need to Eat, Drink and Do This Summer

Don’t worry. Here’s how to boil, microwave, grill and roast corn on the cob so this summer, you can have it any way you want.

How to boil corn on the cob

To boil corn on the cob, first remove the husks and scrub the ears of corn with a stiff brush under water to remove all the silk. Then add them to a pot of boiling, lightly salted water, making sure the corn is fully covered, and cook for 5 minutes, or until the kernels are bright yellow and tender. Peak-of-the-season corn is usually so good it could be eaten raw so when in doubt, it’s better to undercook rather than overcook. Remove the corn with tongs and allow to cool before digging in.

You can serve the corn with herbed butter or spicy chile butter if you want a little kick.

How to microwave corn on the cob

Boiling corn on the cob is quick and easy, but if your stove burners are all occupied, you may want to turn to the microwave. Just note this method only works for one ear of corn at a time.

To microwave corn on the cob, wet a paper towel and wring it out. Wrap a husked ear of corn in the damp paper towel. Place it on a heat-proof plate and microwave on high for 2 to 5 minutes. Why such a wide time range? Because microwave temperatures will vary, be sure to check your corn’s level of doneness starting at 2 minutes; add more time as needed.

How to grill corn on the cob

Grilled corn on the cob is smoky and sensational. It makes the perfect building block for elotes or corn for burrito bowls.

Before you grill corn, it’s important to cover the unpeeled corn in water for at least an hour so the husk and silks don’t cause a major fire on your grill. Prepare your grill to medium-high heat and cook, turning occasionally, for 30 minutes. Finally, shuck the corn and eat as-is or covered in mayo, paprika or chile powder and grated Parmesan with just a squeeze of lime juice for elotes.

If you want full step-by-step directions for making perfect grilled corn on the cob, click here.

How to roast corn on the cob in the oven

If you’re cooking for a crowd but don’t have a grill, cooking corn on the cob in the oven is a good way to go. Depending on the size of your oven and sheet pans, you can cook six to eight ears of corn this way.

First, preheat your oven to 425F and shuck your corn. Prepare a sheet pan with nonstick cooking spray, place the corn on the sheet pan and drizzle melted, salted butter over the corn. Season the corn with salt, pepper and any spice you prefer, and then cook in the oven for about 20 minutes. That’s all there is to it!

Now that you know four basic ways to cook corn, embrace this veggie by turning it into succotash, corn pudding, corn salad or corn quiche. You can also incorporate it into a full meal by serving it alongside our 50 favorite weeknight dinner recipes.