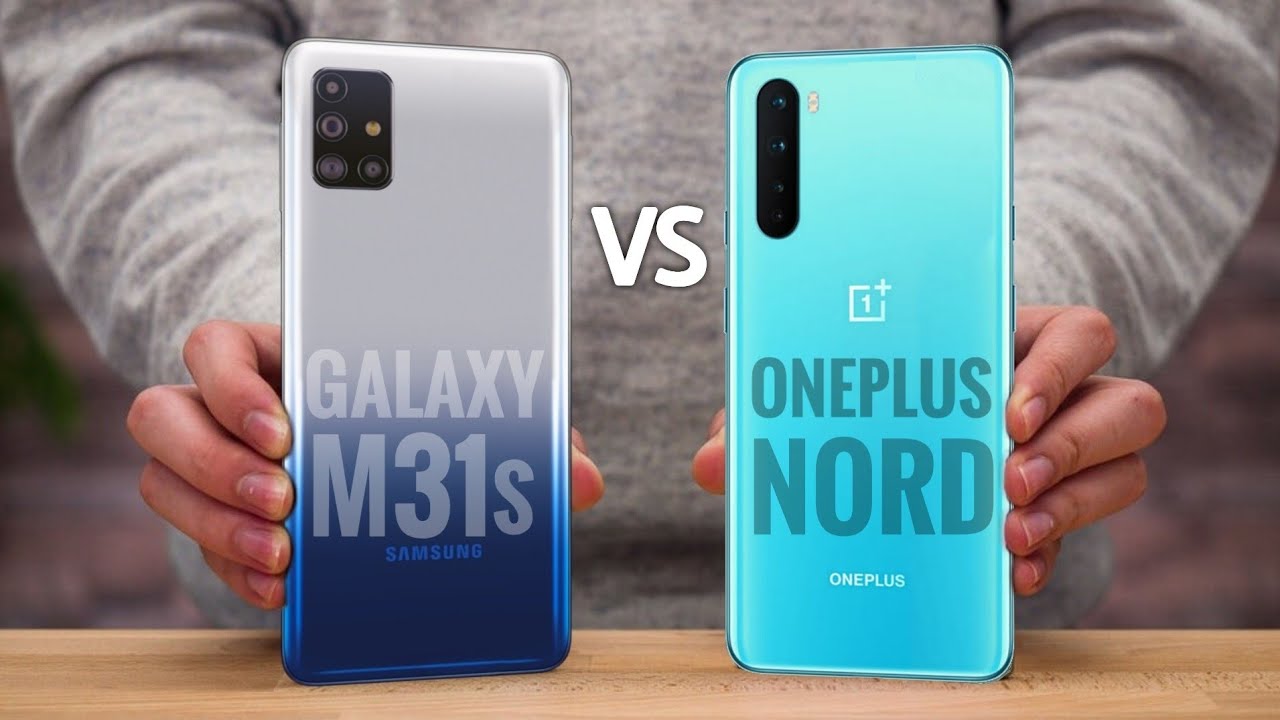 Samsung Galaxy M31s vs OnePlus Nord full comparison between both smartphones including the price and specifications. Both smartphones are packed with a solid camera and offers a lot in terms of specs and features. Let’s dive in and get all info about the Nord and M31s!

Samsung Galaxy M31s has just been unveiled as the follow-up to the not-too-old Samsung Galaxy M31. The phone boasts of impressive specifications for the price, including a massive 6,000mAh battery and a quad rear camera setup.

On the other hand, the OnePlus Nord that comes in as another value proposition, also boasts of impressive specifications and a relatively budget friendly price tag. So, let’s put these two phones head to head and see what makes them unique. Galaxy M31s vs OnePlus Nord full comparison below or click here to see full video.

Both phones come with dual-SIM (Nano) support. The Galaxy M31s runs Android 10 with One UI on top while the OnePlus Nord runs Android 10-based OxygenOS 10.5.

For storage, the Samsung Galaxy M31s comes with 128GB on board and it is expandable via microSD card. The OnePlus Nord, however, does not have expandable storage but goes up to 256GB on board.

The Samsung Galaxy M31s is 9.3mm while the OnePlus Nord is 8.2mm thick.

I hope you liked the full comparison between Galaxy M31s and OnePlus Nord. If you liked it, then please share it with other on social sites!

Apple on the hook for €10M in Italy, accused of misleading users about iPhone water resistance – TechCrunch

iPhone 12 Pro Series Is Amazing, but Why Is It So Expensive in India?