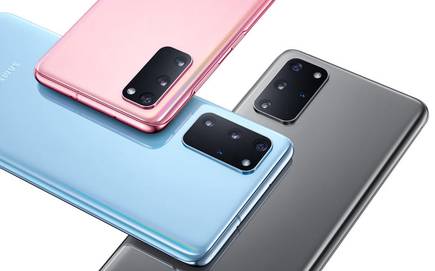 The Samsung Galaxy S20 series hasn’t been the best-kept secret, and now that the phones have officially been unveiled and we’ve spent some time with them, it’s time to see whether Samsung has managed to raise the bar for flagships, early on in 2020.

One of the big questions on everyone’s minds at the event was why did Samsung not call these models the S11 series, and instead jump straight to S20? According to the company, the S20 series represents a big leap in terms of features and performance compared to its predecessors, and since Samsung is also celebrating 10 years of the Galaxy brand, It decided to skip ahead to S20.

Coming back to the phones, the Galaxy S20 series will be available in three colours, although the exact ones that will launch in India are yet to be decided. Samsung says the design of the new series is more ergonomic compared to previous models, and the bezels around the displays are narrower. We found this to be true for the Galaxy S20 and Galaxy S20+, which were comfortable to use single-handedly and didn’t feel too heavy. The Galaxy S20 Ultra, on the other hand, is a different story as it felt rather heavy at 220g and chunky at 8.8mm thick.

The Samsung Galaxy S20+ has a depth camera at the back which the Galaxy S20 lacks, and a larger display

We also can’t help but compare the backs of the phones to Samsung’s current A-series offerings, which have similar rectangular camera modules. We would have preferred a different texture or pattern for the glass backs too. We didn’t find any of the colours to really stand out, other than the Cloud Blue option. This shouldn’t really bother most people, who’ll probably stick their phone in a case on day one. Samsung also showed off some of the new cases that will be available for all the Galaxy S20 series phones.

Displays continue to be Samsung’s strong suit, and this time, Samsung has gone with 120Hz panels. These are still AMOLED panels with in-display ultrasonic fingerprint sensors and a QHD+ resolutions for all three models. You get a centred hole for the front camera at the top, across models. This time, the Galaxy S20+ and even the Ultra model have only a single selfie camera, rather than two like on the Samsung Galaxy S10+ (Review).

The displays of all three phones looked crisp, and brightness was more than adequate in the little time we spent with them. The 120Hz refresh rate makes a big difference, as menus and lists feel fluid when scrolling. However, there’s one big caveat here – 120Hz only works at the full-HD+ resolution and not at the native QHD+. With the latter, the refresh rate is automatically capped at 60Hz. 90Hz at QHD+ would have been nice, the way OnePlus implemented it with the 7T Pro (Review), but it seems that you’ll have to make the choice between resolution and refresh rate, as you can’t have both.

The other big update is the cameras. Samsung is finally offering better zoom capabilities – 3x optical and 30x digital for the Galaxy S20 and Galaxy S20+; while the Galaxy S20 Ultra gets 10x optical and up to 100x digital zoom. There are new shortcuts for quickly jumping to zoom levels in between, such as 2x, 4x, 10x, 30x, and 100x. We’ve always struggled with framing shots when using high zoom levels, since even minor hand shakes are amplified to a great degree. Thankfully, the Galaxy S20 series gives you a zoomed-out view of your subject in a pop-up window in the viewfinder, so you can frame your shot better.

We weren’t able to test the new Samsung Galaxy S20 series’ cameras outdoors or reproduce the photos we took indoors with the sample units, but from the little time that we spent with them, the new cameras certainly seem promising.

The Galaxy S20 Ultra in particular uses something called “nona-binning” for its primary 108-megapixel sensor, which essentially combines data from nine pixels into one, giving you a 12-megapixel photo. All three phones can also shoot 8K video, that too without any time limit per clip. 8K videos are shot at 24fps, but these phones also support 4K capture at 60fps and all the other video modes and features such as super-slow-mo and tracking autofocus, which we’ve seen in last year’s models.

The Samsung Galaxy S20 series will support 5G in some countries

All three phones were running on OneUI 2.1, based on Android 10. The interface felt snappy, as we expect from a flagships. The interface was similar to what we recently saw on the Galaxy S10 Lite (Review) and Galaxy A51 (Review). Samsung has listed two types of 7nm processors for its Galaxy S20 series, one of which would be the Exynos 990 while the other would be the Qualcomm Snapdragon 865, even though the company hasn’t explicitly mentioned this.

The Samsung Galaxy S20 series is set to go on sale from March 6 in the US, which means we could expect the India launch to happen not too far from that date. If the past years are any indication, Samsung won’t wait too long before launching the Galaxy S20 in India, in order to get a head start over the competition which will just have announced their products at MWC 2020.

Of the three phones, the Galaxy S20 is the most compact and manageable, and many potential buyers will find this appealing, as we did. However, the Galaxy S20 Ultra is by far the most interesting of the three, even though its the most unwieldy and will be much more expensive. We’re eager to test Samsung’s new 108-megapixel sensor and also the hybrid zoom systems in all three phones, so stay tuned to Us.

In the meantime, let us know which Galaxy S20 device you found most interesting in the comments.